Renewable energy partnership formed between US Army and NREL

The US Army is seeking to improve its energy efficiency.

By partnering with the National Renewable Energy Laboratory (NREL), the United States Army intends to discover if net zero Army installations are possible as it seeks to bolster its energy efficiency strategies, as well as optimize its strategies for clean energy at nine of its installations.

The goal is to replace 8% of the Army’s present installation energy use with renewables.

If all nine military installations within the pilot project, which is better known as Net Zero Energy Installations (NZEI), can achieve net zero energy use, then roughly 8% of the installation energy use will be replaced with renewable energy technology.

Furthermore, if every US Army installations around the world were to accomplish a 25% decrease in energy consumption, which the NZEI sites have been predicted to do, this could result in as much of a $300 million savings in yearly costs in energy. Ideally, the NZEIs will generate all of the energy that the Army requires throughout the year. 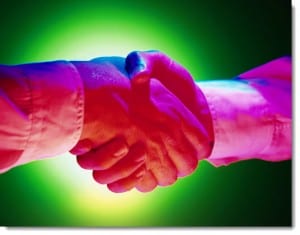 Sam Booth, NREL Project Leader, said that “It’s been exciting to be a part of the net zero energy journeys of so many installations and to see the variety of approaches.” He added that “Fort Hunter Liggett is on track to achieve net zero energy largely through many small projects, while Kwajalein is focused on achieving its net zero goal through a single large project.” Fort Hunter Liggett in California and Kwajalein Atoll in the Republic of the Marshall Islands are two of the Army’ six pilot sites focused entirely on net zero energy.

Some of these technologies include cogeneration, energy recovery, improved energy efficiency efforts and solar arrays. In addition, financing, system infrastructure, the potential for microgrids, and interconnection solutions are also being assessed. Due to the fact that every installation is different, each site is takings its own approach to reach net zero energy use. Every site has different requirements, building types and ages, energy costs, staff resources and renewable power resources.

The pilot project is being funded by the US Army and the Energy Department’s Office of Energy Efficiency and Renewable Energy.