A new project that involves producing heat and energy from the waste created by olive oil processing has been launched in Spain. Sweden’s KTH Royal Institute of Technology notes that the project shows some promise for reducing the environmental impact of conventional energy production and could lead to new advances in converting organic waste to electrical power. The new project leverages fuel cell technology to produce electrical power, harvesting hydrogen from the olive oil production process.

The project was completed near the end of 2014 and a new, small-scale prototype fuel cell system has become fully operational at the project’s facility in Spain. The electrical power that this prototype system produces is used to help power the facility. The system currently produces approximately 1 kilowatt of electricity. Those responsible for the project are planning to scale-up its energy production to 200 kilowatts, which will be enough to supply half of the facility’s energy needs. 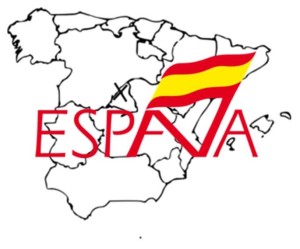 The process that the facility is using to convert organic waste to energy involves three steps. The first step involves the use of a digester tank that breaks organic material down and releases a biogas comprised of methane, carbon dioxide, and sulfur compounds. This biogas is then fed into a reformer, which converts the gas into hydrogen. This hydrogen is then used by fuel cells to generate electrical power and heat. This energy is then used to power the facility.

Waste-to-energy is gaining momentum in the clean power space

Converting organic waste to energy is becoming a popular subject in the world of clean power. Organic waste is often seen as a major energy resource that is not often tapped into. Fuel cells are becoming a powerful tool in the waste-to-energy space. These energy systems can produce electrical power from the biogas produced by waste management facilities, allowing waste to be processed in a more environmentally friendly fashion.