New prototype could be a boon for fuel cell technology

Trenergi, a developer of hydrogen fuel cell technology, has demonstrated its new fuel cell prototype to investors. The prototype system produces 1 kilowatt of electrical power and features a design that is quite unlike conventional fuel cells. Trenergi suggests that the new fuel cell is capable of producing electrical power in an efficient and environmentally friendly manner from most forms of existing fuels. The fuel cell, like its conventional counterparts, also producing heat.

Trenergi suggests that its new fuel cell represents a “dramatic leap forward” for fuel cell technology. The company claims that its new energy system is much more efficient than any other fuel cell system. The system is also designed to operate using nearly all available hydrocarbon fuels. According to Trenergi, the new fuel cell system has achieved a 90% energy efficiency level and is able to save as much as 44% of the electrical power it produces. 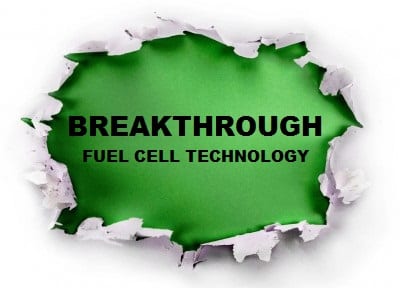 The new fuel cell system can produce approximately 24 kilowatt-hours of energy a day, which is roughly comparable to 80% of the energy consumption of an average household in the United States. The system can also heat nearly 160 gallons of water every day, doing so more affordably that conventional heating methods. This fuel cell system could be quite effective in a microgrid, where energy is supplied to a relatively small community or businesses.

Another prototype fuel cell is being tested by a defense contractor

Trenergi has also developed another prototype fuel cell that produces 3 kilowatts of electrical power. This fuel cell is currently being used by a defense contractor as part of a testing phase. These new fuel cell systems could play a major role in bridging the gap between the world of conventional energy and renewable energy. It may also unlock a more affordable future for fuel cell technology and make these energy systems more attractive to those interested in renewable energy.