Japan’s Toshiba and its partner organization IHI have been called upon to participate in a new hydropower project that is taking place off the coast of Japan. The new project aims to exploit the Kuroshio Current, one of the seven major ocean currents in the world. The current travels as quickly as three miles per hour, which makes it a potentially valuable renewable energy resource for Japan. The new project aims to demonstrate a new way to tap into the power of the ocean.

New project will use floating underwater turbines in the Kuroshio Current

Toshiba and IHI will be developing new underwater turbines that are designed to float like kites in the Kuroshio Current. This project is part of a larger initiative launched by NEDO, a division of the New Energy and Industrial Technology Development Organization, in 2011. Toshiba and IHI have been involved in this initiative for some time, with IHI providing its extensive experience in energy technology and marine engineering. There is currently no timeline to suggest when the new project will begin generating electrical power.

Embracing renewable energy has become a priority for Japan 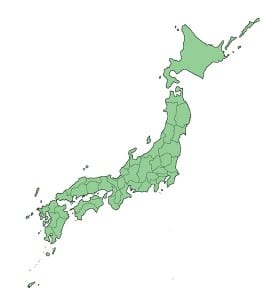 Japan has been working to distance itself from fossil-fuels in recent years, investing more in renewable energy. The country has become one of the strongest supporters of solar power as a result and has become particularly fond of residential hydrogen fuel cell systems. Tapping into the ocean’s power could help Japan make further progress in its clean energy goals. The country has access to vast expanses of open water, which are ideal for hydropower projects and offshore wind energy systems.

Japan is one of the few countries that is looking to harness the power of ocean currents. In the United States, many ocean energy projects are focused on the power produced by waves rather than currents. Ocean Power Technologies, a company specializing in ocean energy, has been working with the U.S. Navy on projects that involve harvesting power from waves.