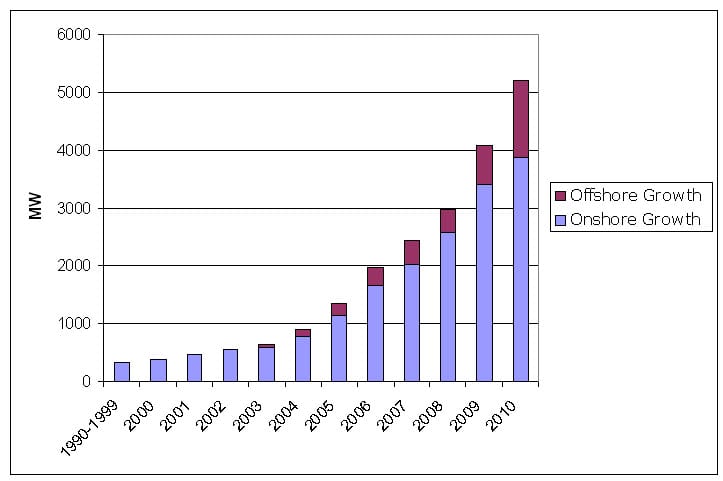 A new report from RenewableUK, the largest alternative energy trade association in the UK, highlights the benefits of wind and other sustainable fuels while detailing the faults of nuclear energy and oil.

The report notes that Britain may be able to meet its staunch carbon reduction standards by the 2020 deadline, if the nation focuses on alternative energy. Wind, in particular, is targeted as the most promising fuel. The report also notes that the standards can be met without having to rely on any fossil-fuels and without the help of nuclear energy.

According to the report, wind accounts for approximately 1% of household bills in the UK. Opponents of wind energy suggest that wind farms have contributed to rising house prices. The report, however, suggests that the soaring price of oil is at fault. With gas becoming more expensive, it becomes more difficult to meet the nation’s energy needs using conventional fuels.

Alternative energy – wind or otherwise – is estimated to save a great deal of money for UK homeowners, as the cost for energy will be significantly lower when compared to oil.

The report fails to note the total cost of new energy systems that must be built in the nation before the transition away from oil can be realized. The UK currently has a meager alternative energy infrastructure. The nation has been laboring to bolster the infrastructure, but the total cost of an entirely new, national energy system is estimated to be in the billions.