A four-year-old startup called SunCulture Solar has designed a new solar panel that is unlike anything that has been seen before. The solar panel incorporates battery technology as well as smart sensors and software that allow it to link to a computer network and smartphone application. Called SolPads, the new energy system is capable of communicating with its users and can be installed in a relatively small area, such as a balcony.

SolarPads will leverage the efficiency of battery technology

One of the challenges facing solar energy has concerned storage. Because of the intermittent nature of solar energy, solar panels are often considered unviable for use by individual consumers. Equipped with a battery system, however, the SolPads could overcome this problem. The solar panels will collect sunlight and generate electricity, storing it in the battery system. This electricity can then be used later, particularly during times when sunshine is not plentiful.

Solar panel to make use of mobile application 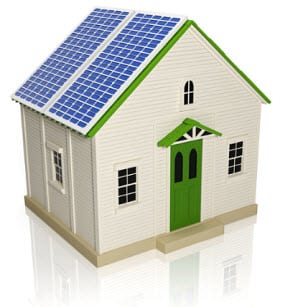 The solar panel is meant to address several issues that conventional solar energy systems face, particularly concerning efficiency. As solar technologies continue to become less expensive, companies like SunCulture Solar are beginning to focus on developing more technologically advanced solutions. By pairing the new solar panel with a battery system, the company believes that it can improve the efficiency of its new solar energy system by a significant margin. The SolPads will also be connected to a mobile application, which will allow users to determine what home appliances they would like to power through the use of solar energy.

Innovation will secure the growth of the solar energy sector