California to boast of a new solar energy power plant

First Solar, a leading solar energy company, has announced that it has partnered with a subsidiary of NextEra Energy Resources in order to build a new solar power plant in Riverside, California. The new project is one of several similar initiatives that have taken root in California in recent years. Many solar developers have been flocking to the state in order to take advantage of the programs and services offered by the government. These projects are helping the state move closer to its sustainability goals.

The new solar energy system will boast of a maximum capacity of 250 megawatts and will be located on 2,300 acres of land, the majority of which is provided by the U.S. Bureau of Land Management. First Solar and NextEra Energy Resources have worked together in the past on similar projects and will use this experience to develop a new system that will accommodate California’s energy needs. Beyond providing California with more electrical power, the project is expected to help boost the local economy. 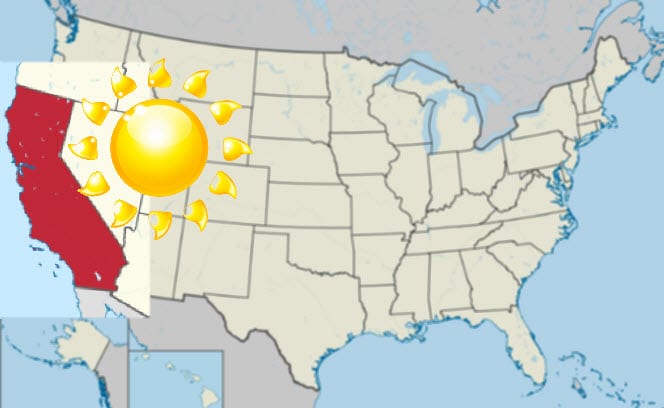 The solar energy project is expected to produce some 400 new jobs when construction begins in late 2014. Construction is expected to be completed by late 2016, with permanent positions concerning the management and maintenance of the energy system becoming available at that time. At total capacity, the solar power plant will generate enough electricity to power approximately 100,000 average homes. It will also work alongside similar power plants located in neighboring Nevada, which funnel electricity to California.

First Solar currently has 19 solar energy projects active around the world. These projects represent more than 3 gigawatts of combined capacity. The company has recently been working to break into the Australian market in order to take advantage of the growing interest surrounding solar energy in that country.