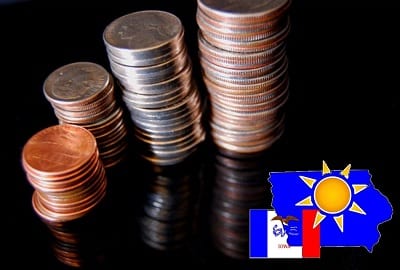 New legislation has been approved by the Iowa Ways and Means Committee that could have a major impact on the state’s solar tax credit. Iowa’s solar tax credit is designed to provide homeowners and businesses that adopt solar energy with a tax credit, which provides a financial incentive for homeowners and businesses alike to embrace solar power. The current solar credit has facilitated approximately $24 million in investments into the solar sector.

The new legislation aims to increase the tax credit from $3,000 to $5,000 for homeowners and $15,000 to $20,000 for businesses. The higher tax credit is in response to the growing demand for solar power. This demand is growing particularly quickly among homeowners that are looking for ways to generate their own electrical power and reduce their reliance on the state’s utilities. Businesses have an interest in the economic prospects of solar power and many are turning to clean energy in order to comply with emissions regulations coming from the state’s government.

While the tax credit has received strong support, its critics suggest that it is not enough to help promote growth within the solar sector. The tax credit does not offer any sort of upfront rebates for those purchasing and installing solar panels on their properties. The upfront costs associated with solar power have been a major detractor to those that are interested in clean energy. While upfront costs have been declining over time, they are still high enough to keep many homeowners away from solar power.

Approximately $685,000 has already been awarded this year through the existing tax credit

According to the Iowa Department of Revenue, some $685,000 in solar tax credits has already been awarded in 2014. This amount is expected to increase dramatically throughout the rest of the year, especially as utilities begin focusing more heavily on adopting solar power. Currently, wind power accounts for 25% of the state’s energy supply, but solar is beginning to pick up significant momentum.