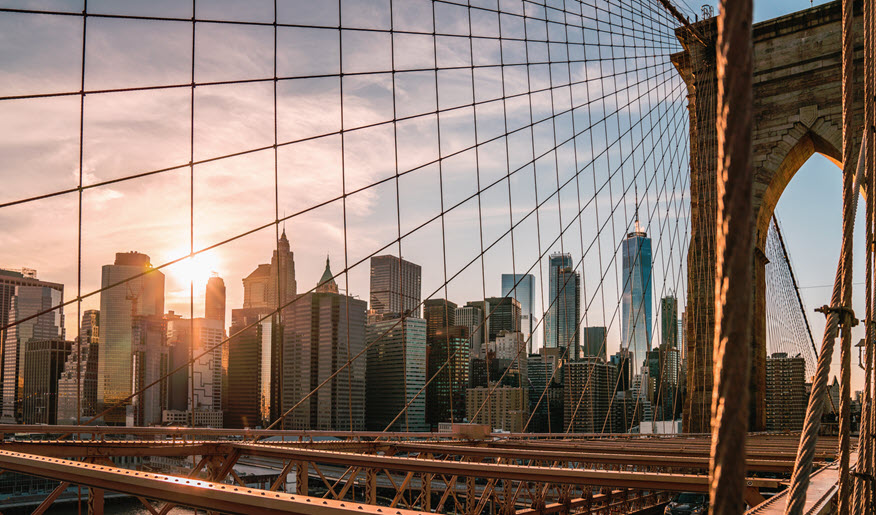 New York City isn’t exactly the first place that comes to mind when it comes to cities dedicated to green causes.

However, the last decade has actually seen many improvements in NYC policies aimed at empowering green business. The OneNYC environmental plan for instance was established back in 2015 under Mayor Bill de Blasio. At the time, its main goal was to overhaul the city’s recycling systems in order to eventually decrease the city’s overall waste output by an optimistic 90% by 2030.

While that goal hasn’t changed, the city’s environmental plan has since become much more comprehensive. Last year, the New York City Council passed OneNYC2050, also known as NYC’s Green New Deal. Comprised of several bills and funded by $14 billion in taxpayer money, OneNYC2050 is pushing existing businesses in New York to work towards carbon neutrality by 2050. Its shorter-term goal is to reduce NYC’s greenhouse gas emissions by 40% by 2030. “Today, we are passing a bill that won’t just make our skyline prettier—it will also improve the quality of life for New Yorkers for generations to come,” said NYC councilman Rafael Espinal on the Green Roofs act. 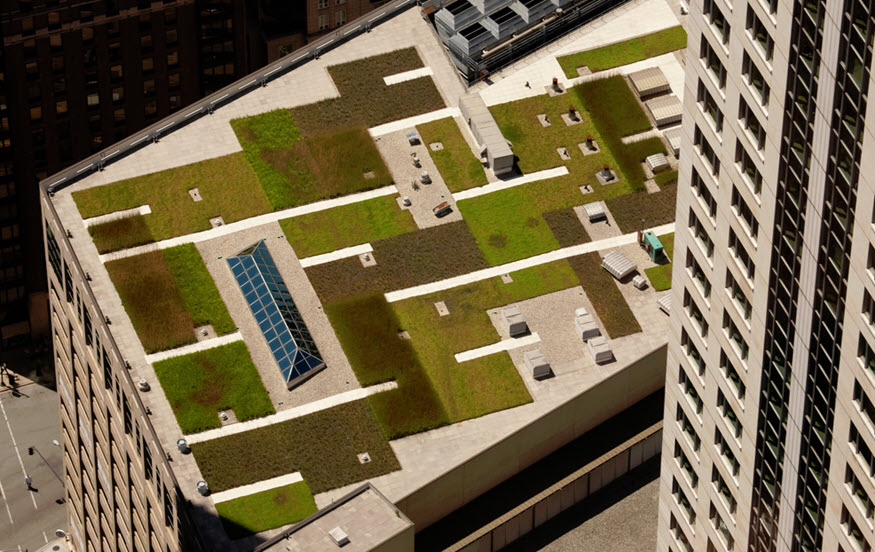 This particular bill, which is just one part of OneNYC2050, requires each new building – along with any buildings undergoing significant renovations – to have solar panels, mini wind turbines, or urban gardens on their rooftops.

Curtailing emissions and pushing for green energy is just the half of it. The city’s new green policies have also inspired sustainable innovations in a notoriously wasteful NYC industry: fashion. As a city that thrives on fashion and produces an annual 200 million pounds of clothing waste, NYC is the perfect home for the Ellen MacArthur Foundation’s Make Fashion Circular program. The new initiative is aimed at establishing a circular fashion economy by working with renewable and recycled materials to produce next season’s couture pieces. With the New York City Department of Sanitation being directly involved, along with support from brands like Gap, ASOS, and H&M, Make Fashion Circular has over 1,100 drop off points for old clothes located all over the city.

Apart from actual policies aimed at sustainability, NYC’s fundamental rules for doing business have also attracted its fair share of green warriors. As complex as NYC’s business regulations are, they also tend to be highly progressive in terms of being supportive towards workers. And given how new business is the backbone of the city’s economy, state organizations are often more than willing to work with new entrepreneurs when it comes to ensuring regulatory compliance.

The result of this is that over the last couple of years, NYC has experienced a boom in limited liability companies (LLCs) offering services for complying with the city’s green policies. There’s Green Roof Associates LLC and New York Green Roofs LLC which are both full service green roofing firms. There’s also Greensulate LLC which provides insulation services with sustainable methods and materials, and Green Guru LLC which focuses on sustainable lawn care. LLCs are very popular in New York, especially for startups. One reason for this is the ease in which a company of any size can create an LLC in New York. And the New York State Department’s Corporations Division, the Department of Revenue, and any other city department with a stake in the LLC’s operating agreement are always more than willing to help new entrepreneurs.

Furthermore, LLCs and other new NYC businesses are also prohibited from using phrases like “urban development” and “community renewal” in their names. This is how the state prevents these sustainability buzzwords from being used and abused. With such a comprehensive overview of every new business that registers in the area, it’s no wonder that New York has managed to not only enact some of the most progressive laws aimed at urban sustainability, but also attract some of the greenest companies. And if the city continues on this path, it won’t be long until NYC can call itself America’s greenest city.