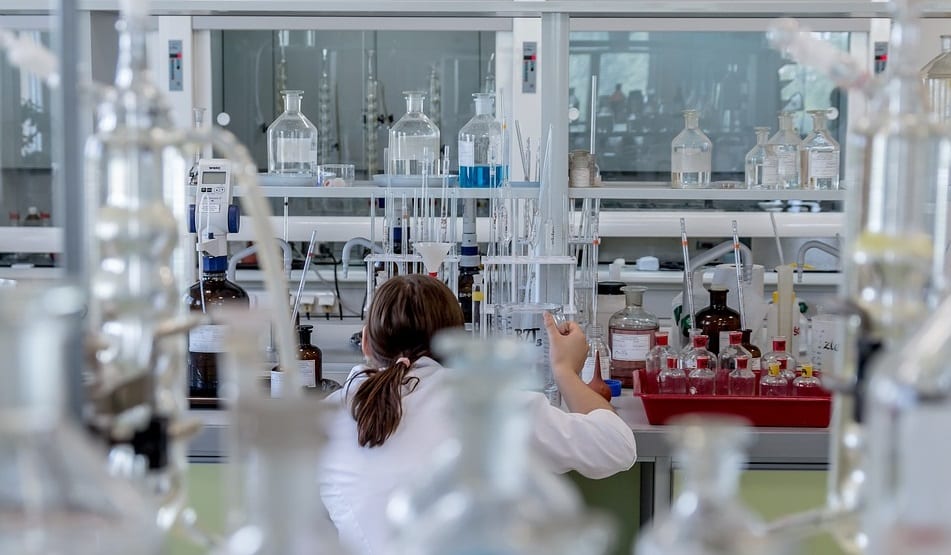 A University of Delaware engineer has patented a process that may be key to generating cleaner hydrogen from water.

University of Delaware engineer Feng Jiao and his team of researchers have discovered a hydrogen evolution process that produces hydrogen from water utilizing electricity and a copper-titanium catalyst.

Copper and titanium are less expensive and relatively more abundant compared to silver or platinum.

Both silver and platinum are precious metals that are rare and expensive. However, they are traditionally more suited to the job of effectively producing stable hydrogen fuel cells. That said, the copper-titanium alloy is among only a few non-previous metal-based catalysts that can successfully split water into hydrogen gas and oxygen, a process that is known as hydrogen evolution.

Presently, the vast majority of hydrogen is produced using a process that is known as steam-methane reforming. This involves the use of high heat and natural gas to free hydrogen molecules from methane. While hydrogen itself is a clean fuel, this steam-methane reforming method is a “dirty process” according to Jiao. The reason, Jaio says, is that when hydrogen gas is removed, what remains is carbon, often in the form of carbon dioxide.

“So, you can produce hydrogen cheaply, but at an environmental cost—carbon dioxide emissions,” says Jiao, reported Phys.org.

The early results of Jiao’s research team’s study show that a copper-titanium catalyst can produce hydrogen energy from water at a rate that is more than two times higher than the present best platinum catalyst. Moreover, Jiao’s electrochemical process can usually operate at near-room temperatures, which not only increases the energy efficiency of the catalyst, but can significantly lower the overall capital cost of the system.

Jiao’s future development efforts will reportedly focus on ways to increase the size of the water electrolyzer from the current lab scale to commercial scale, with additional testing of the catalyst’s ability also planned. Furthermore, the

team of researchers are exploring diverse combinations of metals as well to find the ideal balance between cost and performance.

Jiao has filed a patent application for his team’s hydrogen evolution process.