Honda has opened a CNG refueling station in Ohio.

Honda has been a long-time supporter of compressed natural gas (CNG) fuel, and from 1998 all the way until 2015, four generations of its CNG Civic (a compact Civic sedan with a compressed natural gas-fueled powertrain) were available. However, even though the CNG Civic was finally discontinued in North America this year, because it never took off, this hasn’t stopped the Japanese automaker from maintaining its focus on CNG, as the car company has recently opened up a CNG refueling station at its Marysville, Ohio campus.

The natural gas vehicle market in North America is primarily made up of fleet and commercial customers.

Since individual car owners do not make up a significant portion of the CNG market in North America, Honda’s Marysville, Ohio campus was the ideal spot to build a refueling station. In addition to being Honda’s first and biggest North American automotive assembly plant (manufacturing 440,000 vehicles annually), and the headquarters of Honda R&D America, the Marysville plant also receives hundreds of deliveries daily. 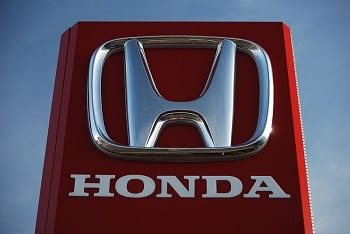 The number of compressed natural gas refueling stations is not likely to grow much in North America over the next decade.

The Natural Gas Refueling Infrastructure report from Navigant Research says that over the next 10 years in North America, the total number of CNG refueling stations is likely to grow to only slightly more than 1,800. This isn’t a significant amount considering that there are currently 1,560 of these stations already in existence in North America. This is a compound growth rate of 1.7%, which is notably smaller than the number of these alternative fuel stations that are projected to grow globally at 4.0% during the same time period.

Honda’s fast-fill CNG refueling station in Ohio was designed, built, and is being run by Trillium CNG, a Chicago-based developer and a leader of compressed natural gas refueling infrastructure.