An astonishing amount of harmful wastewater spills in the U.S., since 2009, has been linked to the drilling boom.

A recently published analysis from the Associated Press (AP), has found that based on data it collected from the top 11 producers of oil and gas in the United States, increased oil and gas drilling operations is the culprit behind more than 175 million gallons of toxic wastewater spills between 2009 and 2014.

More than 21,600 individual spills were reported.

While there was an estimated 21,651 spills reported, which is troubling enough in itself, what is even more troubling is the likelihood that this is an incomplete number. The reason is that many spills go unreported.

Various mishaps, such as overflowing storage tanks and ruptured pipes, and even deliberate dumping, were the incidents linked to the more than 21,600 wastewater spills between 2009 and 2014.

Wastewater spills resulting from oil and gas drilling operations can be more damaging than oil spills. 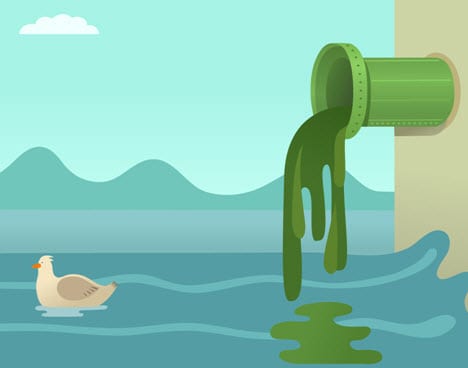 Although oil spills can be devastating, according to the AP report, the number of wastewater spills compared to oil in seven of the 11 states it examined, was at least two times higher. The 11 states from which the AP obtained data from regulatory agencies included: Texas, California, North Dakota, Colorado, New Mexico, Alaska, Oklahoma, Kansas, Montana, Wyoming and Utah. Over 90% of onshore oil production in the U.S. comes from these states.

Cleaning up wastewater spills takes a lot of time and is a highly expensive process. Kerry Sublette, a University of Tulsa environmental engineer, who also specializes in treating despoiled landscapes, explained that “Oil spills may look bad, but we know how to clean them up and … return the land to a productive state.” Sublette added about wastewater spills, “Brine spills are much more difficult.”

Even though both spills are damaging, the effects that oil and wasterwater have on an environment is not the same. Over time, spilled oil is degraded by microbes or absorbed by minerals within soil. The same is not true of wastewater, also called brine (water saturated with salt). Unless land that has been soaked with brine has been thoroughly purified, the brine dries up the land, killing trees and making it impossible for crops to take root and grow. It can also harm and even kill animals that drink water tainted by the spill. Moreover, wastewater tends to include more than brine, and often contains heavy metals like mercury and arsenic, which present even more problems.

Although the AP’s analysis discovered that wastewater spill totals jumped higher each year with the increase of oil and gas operations, the extent of water or land contamination resulting from wastewater spills from oil and gas drilling, within the U.S., is unknown.