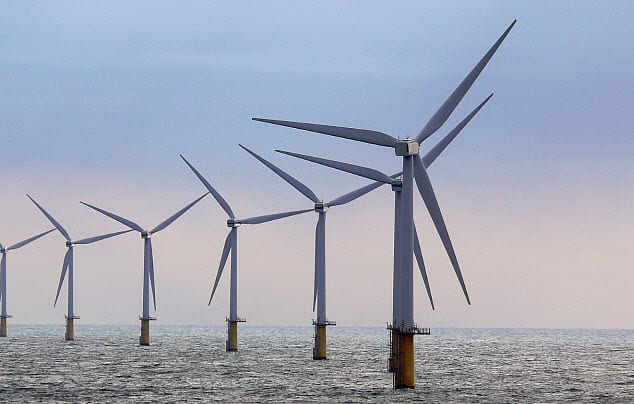 Off the coast of Rhode Island, one of the world’s first offshore wind energy farms has begun operation. Deepwater Wind, which developed the new wind farm, believes that the new offshore system can generate enough electricity to power 17,000 average homes. Jedd Grybowski, CEO of Deepwater Wind, notes that “We see this being a big industry, we see offshore wind producing a lot of energy for the United States, particularly here in the Northeast where the winds are really strong,”

Offshore wind energy continues to show promise in the US

The offshore wind energy industry has experienced significant growth in recent years, with many new wind projects taking form in the United States. To date, the Block Island Wind Farm is the first of these projects to begin producing electrical power. The wind turbines at the Block Island Wind Farm stand at approximately 600 feet  and residents of Rhode Island are expected to pay a premium for the electricity they consume from the new wind farm. This electricity is estimated to cost 60 cents per kilowatt.