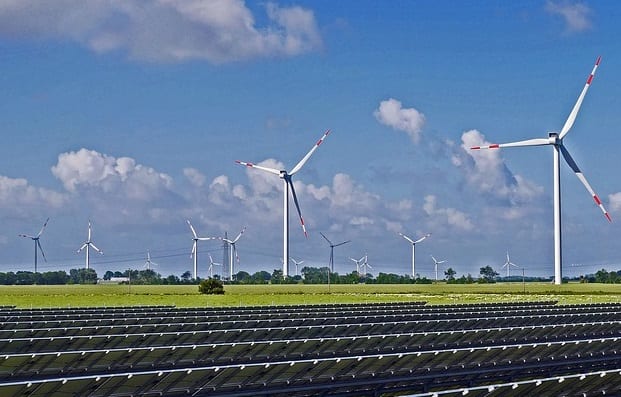 Renewable energy has made major strides this year. Throughout the world, more countries have committed to supporting clean power projects, with some of the world’s leading superpowers choosing to work together in order to curb emissions production and build new renewable energy systems. Over the past year, both wind and solar power have become much less expensive than they were in the past. Now, according to the World Economic Forum, 2016 has become the year in which both solar and wind were the same price or cheaper than new fossil-fuel production.

The World Economic Forum notes that the price of solar and wind has fallen so much that more than 30 countries have reached a point where wind and solar power are no more expensive than the energy produced by newly developed fossil-fuel projects. The organization predicts that more than two-thirds of all nations throughout the world will attain “grid parity”, where solar and wind will no longer require government subsidies to compete with fossil-fuels in terms of price. The World Economic Forum believes that 2016 represents a tipping point for the renewable energy market for this reason.

US solar sector is growing at an unprecedented rate

This year, utilities in the United States added 9.5 gigawatts of new solar capacity to the country’s energy grid, making solar one of the top power sources for the first time. According to the Solar Energy Industry Association, the U.S. installed nearly 125 solar panels every minute throughout the year, more than double the rate at which these solar panels were installed in 2015. The wind energy sector has experienced similar growth in the U.S. and elsewhere in the world.