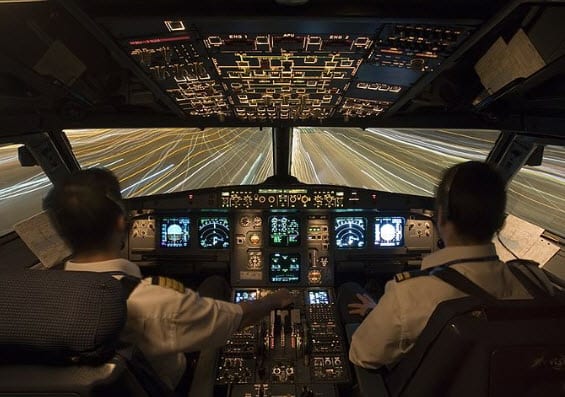 PEM fuel cells to be tested by Airbus

Airbus, a leading aircraft manufacturer, has been working on developing a multi-functional fuel cell that is large enough to be used on an A320 plane. The company has made significant progress in this endeavor and is expected to conduct trial flights of a fuel cell-equipped A320 in 2015. Airbus has set its sights on using a proton exchange membrane (PEM) fuel cell for its tests. PEM fuel cells are popular in the transportation sector because of their ability to produce large amounts of electrical power, versatile nature, and relatively compact size.

Trails of hydrogen-powered A320 slated for the future

Airbus hopes that the PEM fuel cells it will be using will replace a A320’s auxiliary power systems. The fuel cells would generate enough electricity to power the majority of the plane’s features, making the entire aircraft more energy efficient. PEM fuel cells produce electricity through the use of hydrogen fuel. The byproduct of generating electricity in this manner is both oxygen and nitrogen, both of which can be used for various purposes in the aircraft. Airbus believes that the use of PEM fuel cells will reduce the fuel consumption of an A320 aircraft by approximately 15%.

PEM fuel cells are among the most popular versions of hydrogen-based energy systems. The auto industry, in particular, has shown a great deal of favor for PEM fuel cells. Most of the world’s major automakers are currently developing new vehicles that are based on PEM fuel cells. These energy systems are ideal for the transportation sector because of their small size and lightweight build. These features also make them amongst the most affordable versions of fuel cell technology.

Airbus may serve as example for aerospace industry

Airbus has ambitious plans for PEM fuel cells, which may extend to the rest of the aerospace industry. More attention is being directed toward the environmental impact that aircraft have on the world and what can be done to mitigate the emissions they produce. Like the shipping industry, the aerospace sector is becoming a popular target for the testing and implementation of hydrogen fuel cells.