Plug Power, a leading developer of hydrogen fuel cells, has announced that Mercedes-Benz US International has placed an order for the company’s popular GenDrive fuel cells. These fuel cells have been seeing a great deal of use in the materials handling sector, where they are used to power forklifts and similar vehicles. According to Plug Power, Mercedes-Benz US International has ordered 123 GenDrive systems, which will be used at a logistics hub that is being built in Tuscaloosa, Alabama.

Last year, Plug Power delivered 72 GenDrive hydrogen fuel cells to Mercedes-Benz US International, which were being used at an assembly plant located in Alabama. Mercedes-Benz began construction on its new logistics facility earlier this year. The facility boasts of a price tag of $70 million and spans more than 900,000 square feet. The new facility will manage logistics operations and support the automaker’s M-Class and GL-Class SUVs, as well as the R-Class crossover vehicles. 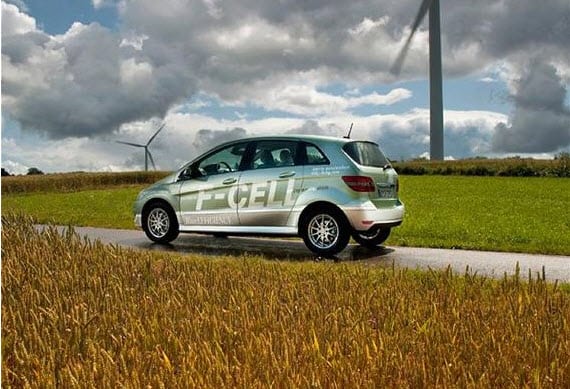 Hydrogen fuel cells are becoming more common in the auto industry and its auxiliary sectors. Mercedes-Benz has been a prominent supporter of these energy systems for the past few years and has even developed a series of hydrogen-powered vehicles. The automaker helped prove the viability of hydrogen fuel cells in the transportation sector by taking its hydrogen-powered vehicles on a world tour, wherein the vehicles performed well without encountering any significant problems.