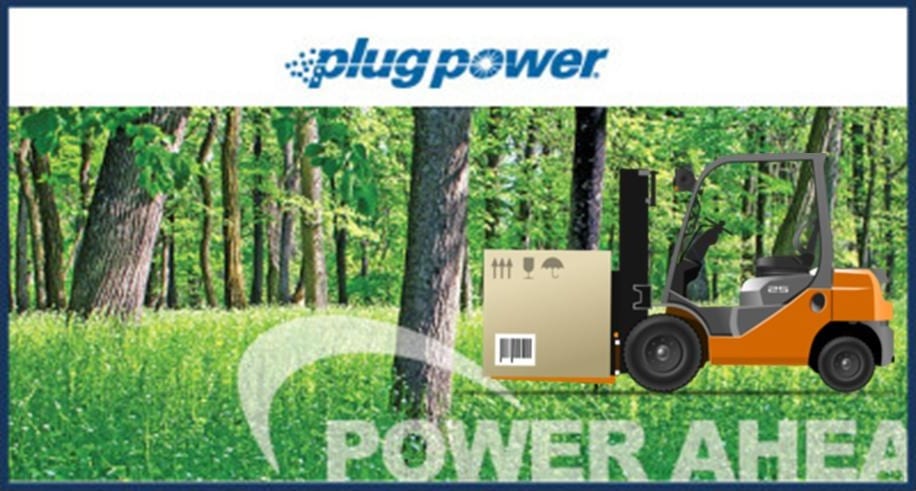 Hydrogen fuel cells have become very prominent in the materials handling space. These energy systems have begun to replace traditional lead-acid batteries that have been used to power forklift trucks and other such vehicles for several years. Part of the reason behind this transition has to do with economics, as fuel cells are considered more reliable and easier to maintain than more traditional energy systems. Companies that have put hydrogen fuel cells to work in the materials handling space have reported an increase in productivity, largely due to the reliability of these energy systems and their long periods of operation.

Plug Power, a leading developer of hydrogen fuel cells, has announced the launch of a new addition to its popular GenDrive 1000 line of products. The company has released the GenDrive 1900, which it suggests is the highest capacity fuel cell for the materials handling space. According to Plug Power, the fuel cell is designed to be a convenient replacement for lead-acid batteries and can be used to effectively power six-ton forklift trucks, which are the most popular trucks that are used in the materials handling space.  Plug Power notes that the GenDrive 1900 fuel cells are capable of producing more than 50 kilowatt-hours of electrical power, 50% higher than conventional batteries.

With the introduction of the GenDrive 1900, Plug Power now has a hydrogen fuel cell for every application in the materials handling space. Like others in the fuel cell industry, Plug Power has begun focusing heavily on the materials handling space because of the opportunities that exist therein. Hydrogen fuel cells have had trouble establishing a foothold in every industry apart from the auto industry. In materials handling, the need for reliable energy systems is high, but the availability of such systems is low. Fuel cells have been the first significant advancement made in this sector since the introduction of lead-acid batteries.

Plug Power expects its new fuel cells to find a great deal of traction in the materials handling space. The company has plans to continue supporting the rest of the products included in the GenDrive Series 1000 well into the future. The company also has been working on various other projects involving hydrogen fuel as an energy source for transportation and the establishment of a comprehensive hydrogen fuel infrastructure in many parts of the world.