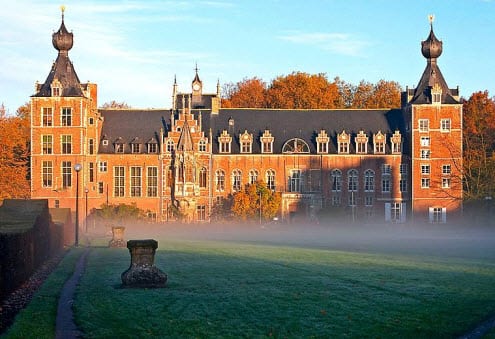 Hydrogen is one of the most promising alternative energies currently known.

Able to perform on par with oil, hydrogen has been at the heart of an energy revolution that seeks to lessen the environmental impact of humanity as a whole. Some problems have kept hydrogen from becoming a favored fuel – namely price and storage. Researchers from the Catholic University of Leuven in Belgium have found a new material that could solve the problem of hydrogen storage.

When the particles are heated, they release the stored hydrogen, which is quickly converted into a gaseous state.

Researchers are currently working on a way to incorporate the material into both hydrogen fuel cells and conventional storage tanks. If successful, the material could lower the cost of hydrogen energy systems by a significant amount and make the fuel more alluring to consumers and businesses. This is a long-term goal, according to researchers, as the concept of porous storage is still quite young and may be replaced by other emerging storage technology coming to the hydrogen industry in the near future.