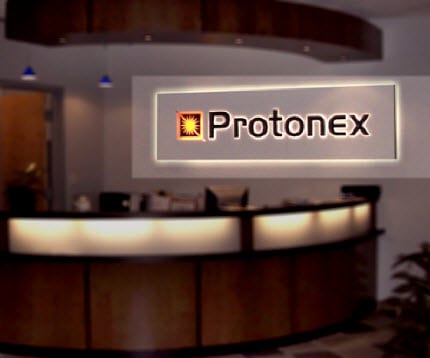 Protonex Technology Corporation, a provider of advanced military power systems (fuel cell propulsion system), has announced that it will be working on the development of oxygen generators that will be used in undersea energy systems. Protonex has chosen to focus on its line of fuel cells for the endeavor, believing them to be ideally suited for the needs of the project. The company has spent years working with several innovative technologies and will be making use of its fuel cell technology for unmanned systems at the AUVSI Unmanned Systems North America 2012 in Las Vegas, Nevada.

Protonex to put its extensive experience to use for new venture

Protonex has already used its fuel cell technology in a wide range of unmanned platforms, such as small aircraft and UGV systems. The company notes that its fuel  cells can provide high energy densities and are more durable, making them attractive for military applications. Protonex has routinely demonstrated the value of electric propulsion, highlighting its benefits in stealth, reliability, and endurance. Fuel cells have been gaining military attention due to these benefits.

Fuel cells may be ideally suited for underwater platforms. Protonex notes that conventional batteries are unable to meet the energy requirements coming from the next generation of underwater equipment and vehicles. As such, these products have been met with delays as alternative energy systems work to catch up. Protonex believes that its fuel cells are already capable of meeting the requirements of these next gen systems and can offer more stability to these systems due to their ability to produce oxygen, which can be used to stabilize fuel tanks.

Demonstration by Protonex may garner more support for fuel cells

Protonex is expected to show off its technology at this year’s AUVSI trade show in Las Vegas, Nevada. Hydrogen fuel is growing in popularity, but has yet to attain a high level of support from any military structure or government. Concerns regarding cost have made fuel cells somewhat unpopular, but recent technological advancements are working to solve this issue.