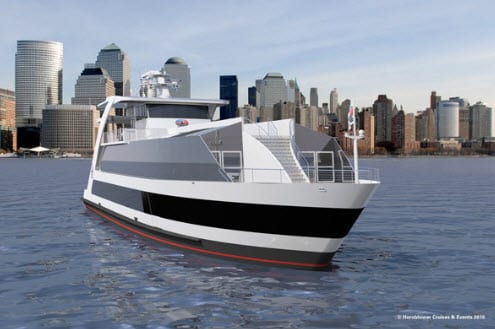 Scottish Enterprise (SE), a public agency of the Scottish government that encourages economic development and innovation, is urging the commission of a feasibility study concerning the use of hydrogen fuel cells with ferries. The Scottish government has turned to hydrogen fuel cells as a potential power source for numerous ferries that are used to transport people to various locations, including Northern Ireland. Fuel cells were chosen because of they do not produce any harmful emissions. SE believes that the feasibility study could have some benefit for hydrogen fuel cells.

Depending on the results of the study, Scotland may be able to use it as a way to get additional funding for the development of zero emissions ferries through the European Union. SE claims that such support from the EU will make Scotland a world leader in terms of hydrogen-powered ferries. This could also lay a foundation for the development of hybrid engines that make use of fuel cell technology. Such a foundation would make Scotland quite attractive to fuel cell manufacturers and other alternative energy companies.

The feasibility study could show off the capabilities of hydrogen fuel cells and show the government how useful they really are. Ferries are considered a vital service to Scottish consumers, as many of these consumers rely on this form of transportation. There have been tentative plans to support the development of hydrogen-powered vehicles for several years, but these plans have only recently come to fruition.