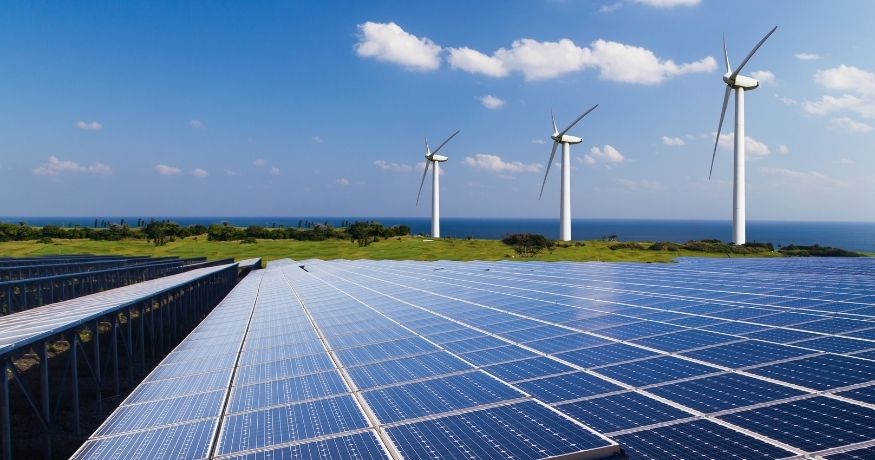 This included the combination of solar, wind, hydroelectric, and geothermal power sources.

Last year, renewable electricity sources generated a record 834 billion kWh of power. That represented about 21 percent of all the electricity produced in the U.S. The only source that produced more than renewables in the country was natural gas, which produced 1,617 kWh last year. Nuclear came in third at 790 billion kWh and coal made 774 billion kWh. This was the first time renewables played such a large role in the country’s energy mix. The rise of renewables last year had a lot to do with the substantial reduction in coal use in the country for generating power, combined with steady increases in the use of both solar and wind energy.

Last year, energy production using coal declined in all sectors by 20 percent when compared to what it had been in 2019. On the other hand, small-scale solar saw a 9 percent increase. Wind – the most common form of renewable power in the United States – saw 14 percent growth in 2020 compared to 2019. Utility-scale solar energy – which includes projects larger than 1 megawatt – rose by 26 percent, while small scale solar – such as rooftop solar panels connected to the grid – increased by 19 percent.

Renewable electricity has seen a steady growth while coal-fired power is on its way down.

In the United States, power generated through coal fire saw its highest point in 2007, when it hit 2,016 billion kWh. A considerable amount of that has, since then, been replaced or converted to natural gas-fired power generation. Still, coal remained the top electricity source until 2016. Last year, however, represented the first time that both renewables and nuclear power generated more than coal, according to the EIA data, which dates back as far as 1949.

From 2019 to 2020, nuclear electric power saw a 2 percent decline as a number of plants were retired in that year. On top of that, several other plants experienced more outages related to maintenance in 2020 than they did in 2019, further pulling down the overall production figures.

The EIA predicted in its report that there will be a rise in coal-fired power generation this year in the United States, due to the rising cost of natural gas and the economically competitive price of coal. In fact, it is expecting an 18 percent increase from 2020 to 20201 in coal power before it starts dropping by 2 percent next year. On the other hand, US electricity generation is expected to rise by 7 percent this year, and by 10 percent next year.