Germany’s focus on renewable power is beginning to pay off

Germany has been making strides in terms of its renewable energy capacity in recent years. The country has been investing heavily in alternatives to oil, coal, and nuclear power, focusing much of its support on solar and wind energy. Over the past few years, stringent energy efficiency standards and a focus on clean energy have caused the price of wholesale electricity to decline throughout Germany. As the country’s interest in clean energy grows, its energy infrastructure is also improving.

Use of clean energy grows while consumption of fossil-fuels drops

A recent study from Fraunhofer ISE shows that Germany has received 31% of its electrical power from renewable sources this year. The report shows that there has been a significant increase in the consumption of clean energy from various sources, including wind, solar, and biomass. The use of brown coal is down 4% this year, with the consumption of hard coal falling 11%. 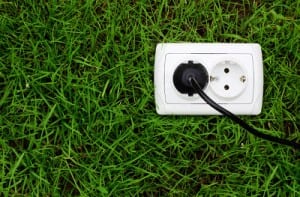 There have been concerns regarding the capability of the country’s infrastructure to handle renewable energy. Most energy grids in the world are not designed with clean energy in mind. As such, some of the electricity produced by solar power systems, for instance, can be lost as it is fed into an existing energy grid. Moreover, clean energy systems are not always reliable. Wind farms rely heavily on strong wind currents to function. In the absence of wind, these farms produce little to no electrical power. Despite these issues, the Germany energy grid has been growing more capable of meeting the needs of the country’s residents.

The German energy grid is becoming more resilient, but at cost to consumers throughout the country. Germany is home to some of the highest energy prices in Europe, thanks to a surcharge that has been levied on consumers. This surcharge has given the German government the funds it needs to improve the country’s energy infrastructure.