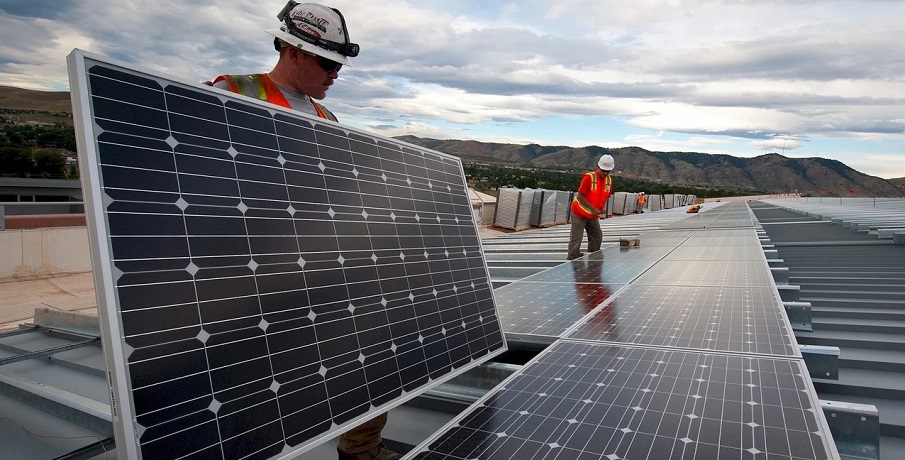 As the price of oil falls through the floor many who had previously been uninterested in renewable energy jobs are seeing some potential there.

Energy experts are calling for a different approach to building the fuel and power sectors.

The oil industry has been decimated by widespread job losses and economic uncertainty. That said, experts are now suggesting that these issues could be partly offset by taking a more aggressive perspective toward sustainable energy, creating renewable energy jobs through efficiency retrofits and other types of sustainable infrastructure.

“There are very practical reasons it would make sense,” said Martin Boucher from the Johnson Shoyama Graduate School of Public Policy at the University of Saskatchewan in Canada. The western part of that country is a major producer of crude oil and has suffered deeply from the pandemic’s impact.

As the oil industry crumbles on many fronts, renewable energy jobs start to hold more promise.

“Only gradual increases in crude oil prices are expected through all of 2020 as these factors persist, which could lead to record levels of expected global oil inventory builds in the first half of 2020,” said the US Energy Information Administration. This indicates that as the world’s demand for oil has tanked, producers are storing it and waiting for better prices to arrive. That said, it also indicates that it will be a while before that takes place.

This helps to explain why Canadian energy experts are urging the country to continue its push to combat climate change. They believe the post-pandemic economy requires a more rapid transition into sustainable power and energy efficiency upgrades.

“Stimulus and recovery measures in response to the pandemic must foster economic development and job creation, promote social equity and welfare, and put the world on a climate-safe path,” said International Renewable Agency director general Francesco La Camera in a statement quoted by the CBC.

Earlier this month, Canadian Prime Minister Justin Trudeau announced $1.7 billion for the cleanup of orphan wells, creating as many as 5,000 jobs. He also announced additional funding for the reduction of methane from the oil and petroleum industry, which will also create and maintain jobs while helping to country to keep up with its international

commitments for emissions reductions. Many now wonder if additional investments into sustainable power for renewable energy jobs will also soon be announced.