Sainsbury will become the first supermarket chain in Britain to sell hydrogen to motorists.

While governments are encouraging consumers to consider purchasing green vehicles, like hydrogen fuel celled cars, the trouble in many countries, like the United Kingdom, is that the refueling infrastructure to support the mass adoption of these vehicles hasn’t been developed, but now with Britain’s large supermarket chain Sainsbury announcing the opening of its first hydrogen station, the first small steps toward solving this problem are being taken in the UK.

Sainsbury’s Hendon Store is to be the first to offer hydrogen as one of its fueling options by the end of the year.

At its store-based gas stations, the supermarket chain intends to offer motorists hydrogen fuel alongside its diesel, premium and unleaded fuel options. Its Hendon store, which is located about nine miles north west of Westminster, will be the first of several stations to sell the green fuel. It will also be the first gas station in the country to have the fuel. Currently, no hydrogen filing stations in the UK are located at regular gas stations. Sainsbury intends to make hydrogen refueling capabilities possible at its gas stations across the nation.

Air Products will own and operate the Hendon hydrogen filling station. The company already owns and runs many hydrogen stations throughout the Greater London region. 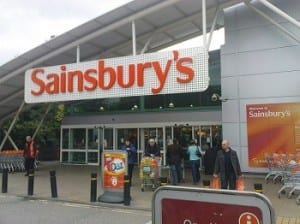 Sainsbury is committed to the UKH2Moibility project, a country-wide effort focused on evaluating hydrogen fuel cell (HFC) vehicle benefits in the United Kingdom and on developing a roadmap for introducing HFC vehicles and moving refueling infrastructure forward. The project has several partners, some of which include Air Liquid SA, Hyundai, Intelligent Energy Ltd., Daimler, ITM Power, etc.

Currently, most of the hydrogen fuel station efforts have been concentrated in London, which makes owning one of these vehicles only practical in the London area. However, as Sainsbury increases the number of its stations throughout the nation offering hydrogen, this should make HFC vehicles more practical for citizens around the country.

Air Products Hydrogen Energy Business Manager Diana Raine said that making hydrogen “available at a Supermarket for the first time is another big step in encouraging the use of cleaner, greener fuels to reduce air pollution and protect the nation’s health.” Raine added that “this additional station will set us in good stead for the UK arrival of commercially-available hydrogen vehicles over the next few years.”