Representative Szoka has promising plans for clean energy as a whole

Representative John Szoka is looking to improve the solar sector in North Carolina. In the past, Szoka attempted to pass legislation that would allow state residents to purchase electrical power from sources apart from utilities. While the legislation failed to pass, Szoka believes that the state’s solar sector can still be improved. North Carolina residents have shown strong interest in solar energy, as well as other forms of clean power, and many want to distance themselves from utilities in order to save money on energy and become more environmentally friendly.

Szoka introduced the Energy Freedom Act last year, which failed to make its way past a legislative committee. The representative has been talking up the bill, noting that it would promote the use of clean energy and ensure that new projects taking form in the state will have the support that they need. The bill would have made it possible for electricity customers to install solar panels or other clean energy systems on their properties. It would have also allowed these people to purchase their electrical power from third parties that are not utilities.

Per state laws, consumers must purchase electricity from utilities 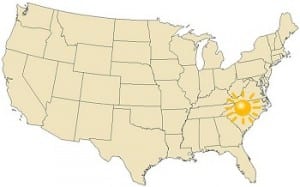 Current state laws require consumers to either purchase their electrical power from a utility or purchase and install their own clean energy system. Homeowners are not allowed to purchase electricity from third parties that are not utilities. Through the Energy Freedom Act, these third parties would be able to own their own clean energy systems, selling the electricity they generate to consumers throughout the state.

Support for solar energy is growing in North Carolina

Many people living in North Carolina have shown strong interest in clean power. According to Szoka, polls have shown that approximately 75% of North Carolina residents support renewable energy in some form. Businesses have also shown interest in clean energy, with some investing in their own renewable energy systems that allow them to become more environmentally friendly.