The new solar cells developed by the researchers use waterproof coating from graphite.

While solar-powered hydrogen production is nothing revolutionary, the trouble with this green hydrogen electrolysis generation method is that most solar cells on the market are composed of silicon, which are expensive to make. Moreover, these traditional solar cells are thick and heavy which further limits their applications.

Knowing this, researchers have been using perovskite solar cells instead. These cells, which are made using materials with similar 3D structure as calcium titanium oxide, are less costly to make, much thinner and can be easily printed onto surfaces, among other benefits.

However, the major downside with these cells is that they are unstable in water, which limits their use for generating hydrogen fuel via the clean water-splitting method known as electrolysis. The scientists solved this problem by using waterproof coating from commercially available, inexpensive graphite.

To test the waterproofing, the scientists submerged the coated perovskite cells in water and used the solar energy that had been harvested as the power source to split water into hydrogen and oxygen. The waterproofed-graphite-coated cells worked for 30 hours submerged in water, which is reportedly ten hours longer than the previous record.

The scientists believe that if they used a stronger glue to stick the coating to the cells, this could stabilize the cells for even longer than 30 hours.

“We’ve developed a coating that could effectively waterproof the cells for a range of applications. The most exciting thing about this is that we used commercially available graphite, which is much cheaper and more sustainable than the materials previously tried,” said Dr Petra Cameron, Senior Lecturer in Chemistry, reports Science Daily.

“We hope that in the future we can create clean hydrogen and oxygen fuels from solar energy using perovskite cells,” Added Isabella Poli, Marie Curie FIRE Fellow and PhD student from the Centre for Sustainable Chemical Technologies. 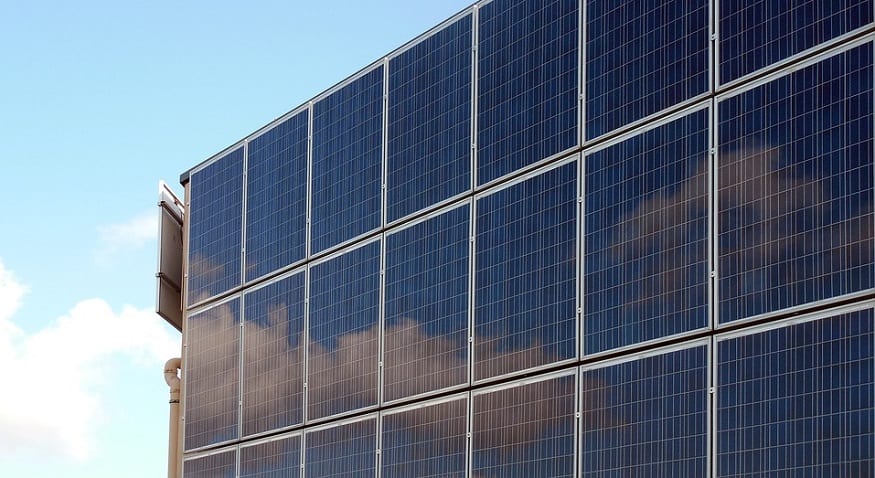 The researchers’ solar-powered hydrogen production findings was published in the journal Nature Communications.