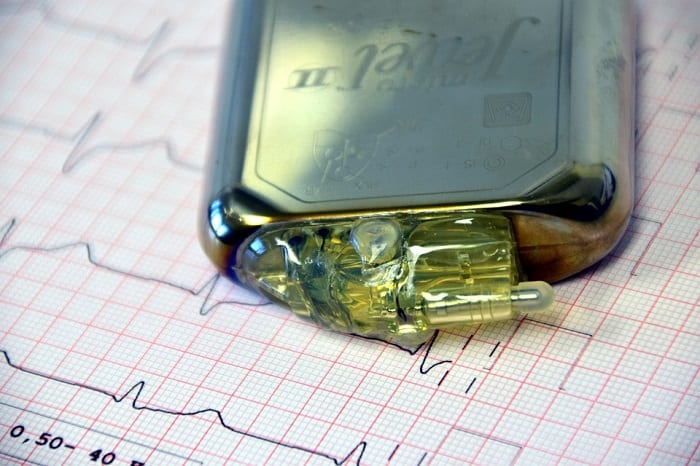 When many people think of “solar energy,” they often envision solar panels installed on rooftops or large solar farms. Rarely, however, do people think that solar power can be used for more than just providing electricity to a home or business. A team of researchers from the Bern University Hospital and the University of Bern are working to change this. The team has developed a new solar device that can be used to power pacemakers.

The device is quite small, naturally, and is designed to be implanted in the human body. The solar cells that the device uses are covered in optical fibers, which are meant to simulate the properties of the skin and gather incoming sunlight. This light is then used to generate electricity, which is then used to power a pacemaker. According to researchers, the device is capable of generating 12 microwatts of electrical power, which is more than the five to 10 microwatts needed to power a typical pacemaker.

Solar cells may be an adequate way to power medical implants

A total of 32 people in Switzerland volunteered to test the new device. Researchers found that their new system was capable of meeting the needs of these volunteers. The research team believes that their solar cell system can remove the need for replacing costly medical implants while extending the lifespan of already implanted devices. Further research into how solar energy can be used to power medical implants is needed, however, in order to determine viability.

How does a Solar Panel Works: The S...
➡️PLAY THIS HYDROGEN NEWS ARTICLE IN: ENGLISH, FRENCH & GERMAN

Device may be able to power other medical implants

If scaled up, the research team believes that the device could be used for other human-based systems. Pacemakers are small devices implanted in the human body, typically in the chest or abdomen. These devices send electrical pulses that encourage the heart to beat at a normal rate. These are not the only medical implants available, however, and similar implants may benefit from the use of solar energy in the future.