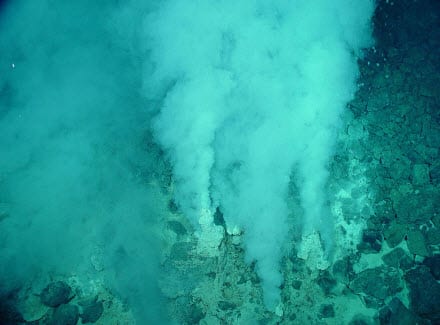 The issue of alternative energy continues to become one of increasing necessity as more nations seek to break away from oil.

The need is spurred by humanity’s growing reliance on technology and a rapidly growing population which demands more and more energy to support. Hydrogen is, perhaps, the most promising solution to the world’s energy needs, but research into fuel cell technology has been slow going. Scientists have been hunting for ways to make fuel cells more efficient and less expensive for decades but the answers have eluded them. The answer may lie in nature itself, however, as researchers from the Max Planck Institute of Marine Microbiology have found a natural fuel cell.

Researchers discovered the natural phenomena during a recent expedition to examine hydrothermal vents in the deep sea. These vents are often surrounded be mussel beds which draw nutrients from the surrounding water. Researchers found that these mussels are equipped with a sort of on-board fuel cell that comes in the form of symbiotic bacteria.

The bacterium use hydrogen gas that is pumped out of the vents as an energy source.

Spurred by this discovery, researchers examined other sea life connected to hydrothermal vents. They found that several species living in and around the vents have a gene that allows for hydrogen oxidation – the process of converting hydrogen into energy. Such a phenomenon could have implications to how hydrogen can be used by humans in the future either by symbioses or organic fuel cells.

The team’s findings were published in the journal Nature.