A research team from the University of California, Berkley, has found a way to make hydrogen fuel cells more efficient. The team is making use of two materials, one of which is designed to absorb solar energy. The other materials is highly conductive and both materials are likely to improve the performance of fuel cells, particularly when it comes to producing hydrogen fuel. The materials are being used in a new photoelectrochemical cell, which captures sunlight to produce an electrical current.

The photoelectrochemical cell is meant to leverage the power of solar energy to produce hydrogen fuel. The hydrogen produced by the system can be used by fuel cells to generate electrical power. Fuel cells are becoming particularly popular in the auto industry, where companies are using these energy systems to power a new generation of clean vehicles. Conventional hydrogen production is reliant on fossil-fuels, however, which makes fuel cells less environmentally friendly than they are intended to be. This makes them a relatively unattractive option for those interested in clean transportation. 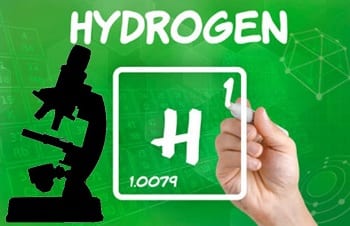 Many organizations have been working to combine solar energy and fuel cells. These organizations believe that solar energy can make hydrogen fuel more available, thereby making fuel cells a more attractive solution to those interested in renewable energy. Renewable hydrogen production could be a boon for the world’s growing hydrogen infrastructure. As this infrastructure expands, demand for fuel cell vehicles is likely to increase, which has created an incentive for automakers to invest in new technology that can produce hydrogen fuel.

Inexpensive fuels could also be used to produce hydrogen fuel

While solar energy is becoming a popular tool for hydrogen production, some believe that hydrogen can be more efficiently produced within a fuel cell system itself. Researchers from Duke University believe that fuels like methanol and ethanol can be mixed with water and heated up, which would trigger a chemical reaction that would produce hydrogen fuel, which can then be sent directly to the fuel cell to produce electrical power.