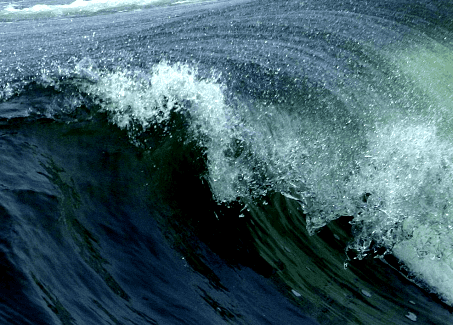 Marine energy systems the target of new research from the UK

New research from the United Kingdom’s University of Exeter shows that the power of the ocean could be an effective way of meeting the energy needs of a population, if the power of waves can be predicted. A team of researchers from the university, along with colleagues from the Tel Aviv University, have found a way to accomplish this seemingly impossible feat. By predicting the power of waves, energy systems designed to generate electrical power from these waves can be made more effective. Researchers believe that, using this method, the ocean could be a valuable source of power that can meet the demands of any country with close proximity to the sea.

A team of mathematicians and engineers from the two universities have developed a method of predicting the power of waves. Using this method, marine energy systems can be made to extract twice as much energy from waves as is currently possible. Marine energy systems have long been an interesting notion in the UK. Due to the country’s status as an island, the United Kingdom is in an ideal position to benefit from the use of marine energy systems.

The technologies associated with marine energy systems are considered to be immature when compared to those used for solar and wind energy. Thus, the need to develop more efficient and better performing technology is quite high. Researchers believe that they have made a breakthrough in the methodology behind generating electricity through the use of waves, thus putting marine energy systems on par with other forms of clean power.

Researchers have developed a system based upon this methodology that is capable of extracting the maximum amount of energy produced by incoming waves. The system utilizes on point absorbers, devices that can respond to waves and generate electricity accordingly. Researchers note that more work must be done before the marine energy systems they have in mind can be considered viable.   Related article(s) and resources: http://www.sciencedaily.com/releases/2012/06/120626172730.htm