A new method may be able to locate geothermal reservoirs and maintain underground tunnels.

Researchers from the Netherland’s Wageningen University and their colleagues have become the first to develop a new luminescence method that could help to effectively locate geothermal energy hotspots based on past underground temperatures. The technique developed by the researchers reveals low-temperature information, from 35 degrees Celsius (95 degrees Fahrenheit) and higher, on a rather short time scale of thousands of years, which may make it useful for locating geothermal reservoirs and in maintaining underground tunnels, reported Phys.org.

The Earth becomes warmer the deeper you go underground. That being said, the temperature can vary from one location to the next. However, luminescence, which is basically when a substance emits light that does not result from heat, can recover the temperatures that rocks have encountered throughout thousands of years. Essentially, the new technique is based on trapped electrons building up in crystals as a result of heat and radioactivity. Small temperature fluctuation cause larger alterations in signal intensity. Scientists can extract this signal in the lab through light.

By working together with international colleagues, Benny Guralnick and Christina Ankjærgaard of the Netherlands Centre for Luminescence dating (NCL) at Wageningen University, have created the first technique that can translate a signal in rocks that have been subjected to low temperatures in the upper 2 kilometers (1.2 miles) of the Earth. The low temperatures are between 35 and 80 degrees Celsius (95 and 176 degrees Fahrenheit). 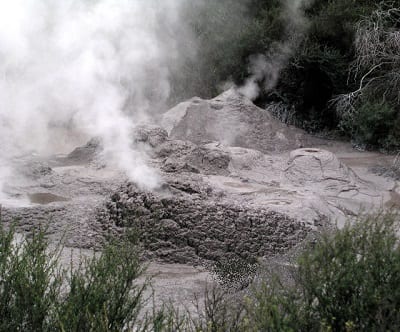 Their new translation technique enables luminescence measurements on rock samples to provide both unique and recent information about temperatures the rocks experienced thousands of years ago; some of which date as far back as 100,000 years.

The new method can benefit geothermal energy development in more than one way.

The researchers’ new luminescence technique can be used for above ground and underground purposes. Additionally, it can be applied to determine the safety of nuclear waste stored underground. Guralnik explained that “Nuclear waste both affects and is affected by the temperature of surrounding rocks. The method we developed could help assess that the rocks have not experienced severe temperature changes in the past.”

Nevertheless, the new method could be very promising for the geothermal industry. “We still enormously under-exploit geothermal energy, although it is a renewable source of energy,” Guralnik said.