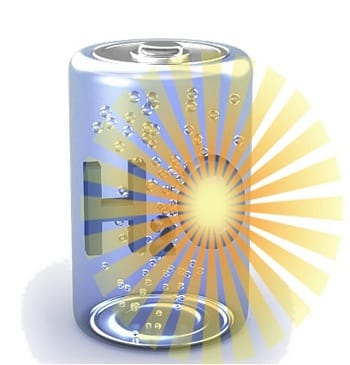 Researchers from the University of Wisconsin-Madison have found a way to produce hydrogen fuel in an efficient and cost effective manner. Low-cost hydrogen production has been a major priority for those interested in renewable energy and clean transportation. Much of the global auto industry has begun to focus on using fuel cells for future vehicles. In order for these vehicles to be considered commercially successful there must be a comprehensive hydrogen infrastructure in place. The infrastructure itself will need cost effective ways to produce hydrogen in order to become viable.

A team of researchers from the University of Wisconsin-Madison have tapped into solar power as a way to produce hydrogen. The team has begun using solar energy to extract hydrogen from water, using two oxide-based materials that make this process possible. Using a low-cost nanoporous semiconductor, the team was able to reach a solar-to-hydrogen conversion efficiency of 1.7%, which is the highest recorded conversion efficiency currently.

Without a working infrastructure in place, hydrogen-powered vehicles may not find the success they are after

It may be years before the research team is able to bring their hydrogen production method to the market, but it could be a promising step toward making a hydrogen infrastructure more effective. Most major automakers have plans to begin releasing hydrogen-powered vehicles into the market beginning in 2015. Without an infrastructure in place, these vehicles will not likely find a strong amount of support from consumers interested in clean transportation.