New fuel cell system is the first of its kind

A team of scientists from the Iowa State University have, for the first time, developed a microbial fuel cell that is not reliant on external power to operate. The new fuel cell is the first of its kind and could have major implications for the fuel cell industry as a whole in the future. The energy system currently exists in a proof-of-concept stage, but has shown significant promise in its ability to generate electricity.

A microbial fuel cell uses bacteria to break down chemical bonds and produce electrons. These electrons are then used to generate electricity. With past fuel cells, a “food” supply would need to continuously be fed into the system. If the flow of food stops, the bacteria no longer produce electrons. As such, microbial fuel cells would have to rely on external power sources in order to keep functioning. This problem has made these types of fuel cells somewhat unpopular compared to their hydrogen-powered counterparts. 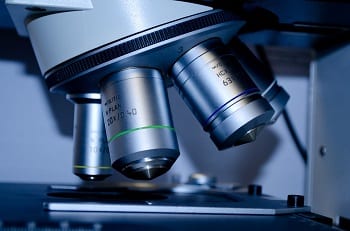 To overcome this problem the team from the Iowa State University used a 3D paper that is capable of automatically supplying the food supply that bacteria need to produce electrons. The team has been able to show that their new microbial fuel cell was able to continue generating electrical power for five days without being connected to an external power source. Researchers believe that this represents a major advancement in fuel cell technology. As such, these energy systems may become more attractive to those interested in renewable energy.

As the fuel cell system currently exists in a proof-of-concept stage, scientists will continue to work to improve the system. The team wants to shrink the system down in order to make it more efficient and stable. If successful, the system may become a viable consumer product at some point in the future. It may be years become the microbial fuel cell sees any sort of commercialization, but researchers are sure that the advancements they have made will benefit the fuel cell industry in the coming years.