Google steps into the wind energy market in Sweden and Norway

Google has entered into a deal to acquire two wind farms in Norway and Sweden. The deal is part of the company’s overarching plan to embrace renewable energy. Last year, Google revealed this plan, aiming to purchase some 842 megawatts of clean power. The company hopes to be entirely reliant on clean power in the relatively near future, and wind energy is expected to play a major role in accomplishing this endeavor.

Company will add 235 MW of capacity to its energy portfolio

Per the deal, Google will be purchasing two wind farms that comprise 235 megawatts of capacity. These wind farms are located in Sweden and Norway and will serve to bolster Google’s already impressive renewable energy portfolio. According to Marc Oman, the EU Energy lead for Google Global Infrastructure, the company already has seven purchase agreements in Europe. This totals some 500 megawatts of clean energy. Throughout the world, the company is receiving nearly 2.5 gigawatts of clean power through similar agreements.

Expansion of the wind energy market continues to gain momentum 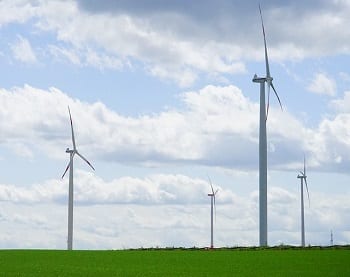 The wind energy market has been showing impressive signs of growth in recent years, especially in Europe. Many European countries have shown a strong interest in wind power as they often experience periods of strong wind currents. Some countries have even shown support for offshore wind farms. These energy systems are less popular than their onshore counterparts, but have become a viable option for some nations.

Google has plans to integrate more capacity to Europe’s existing energy grid. This will allow the company to purchase energy produced in Sweden and Norway but use this electricity elsewhere. This may be good news for the wind energy market, as it can create an incentive for developers to bring their projects to new parts of Europe. Google is currently one of the largest investors in the wind energy market and plans to continue supporting the sector for years to come.