Cities may become new sources of geothermal energy in the future. Scientists from Germany and Switzerland have developed a way to measure the groundwater temperature that may lurk beneath the surface of many large cities. Urban environments typically have higher temperatures than what can be found in rural areas. This has to do with how structures trap heat, as well as other factors, and could hint at the potential for cities to be valuable geothermal energy resources.

Scientists from Germany and Switzerland have begun using satellites to measure the heat in urban environments. Satellites have long been used to measure surface temperatures throughout the world, but relatively little research on the relationship between ground temperatures and underground temperatures has been done. Scientists aim to better understand the thermal conduction occurring between the surface and the underground. Research will be conducted in four German cities: Berlin, Munich, Cologne, and Karlsruhe.

Older cities are typically hotter than other cities 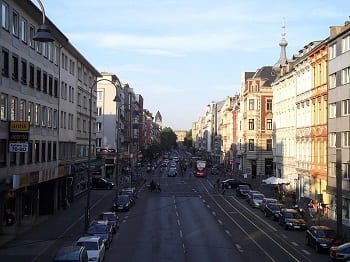 Researchers have already discovered that older cities have more underground heat. Nearly 95% of the areas that have already been researched have shown to have higher groundwater temperatures than surface temperatures. Scientists believe that this could be due to an abundance of underground anthropogenic heat sources. These heat sources could become a valuable source of geothermal energy in the future. Tapping into these resources could become a boon for cities, allowing them to become more environmentally friendly and energy independent .