A new funding package is being launched by the Scottish government, which could help bolster the prosperity of communities in the future. The funding is meant to support various hydrogen fuel projects, such as the Hydrogen Office at the Fife Energy Park, which is operated by Bright Green Hydrogen. Several other projects are also receiving part of the $4 million funding package from the Scottish government in order to spur further development.

The funding will help the Fife Energy Park transform into one of the world’s leading demonstrators of how hydrogen fuel can be used and how hydrogen can be produced through the use of renewable resources. The park will also become home to a large fleet of fuel cell vehicles and hybrid cars. A hydrogen fuel station will be installed at the park in order to support these vehicles as they are put through various tests to determine their viability. 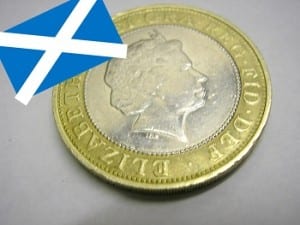 The economic benefits of hydrogen are beginning to attract more attention, but exactly how communities can benefit from this form of renewable energy is not yet entirely known. Fuel cells can use hydrogen to generate electrical power, effectively eliminating the need for fossil-fuels. This would reduce the energy expenditure that Scotland sees on a yearly basis, but fuel cells are notoriously expensive. These energy systems may not be economically ideal for the first few years of their use, but would eventually provide economic benefits that fossil-fuels cannot offer.

Demonstrating the capabilities of hydrogen fuel is becoming more important. Scotland has shown a great deal of support for fuel cells in recent years, investing in these energy systems for the sake of the environment. Gathering more information about these energy systems will help the Scottish government make sound investments and could dispel some of the misconceptions that surround hydrogen fuel cells.