The large-scale Gemini wind energy project is inching closer to becoming a reality. The project is set to take root off the coast off the northern coast of the Netherlands and will be one of the largest offshore wind farms in the world when it is completed. The project has been in its development stages for some time and has been making slow progress through these stages due to technical and political issues. The wind farm currently boasts of an estimated 600 megawatts of capacity.

The consortium managing the Gemini project has finalized a deal with Siemens, one of the world’s most prolific manufacturers of wind turbines. The $1.5 billion deal includes the acquisition of construction services from Siemens as well as the purchase 150 of the company’s 4 megawatt wind turbines. These particular turbines have been used in wind projects throughout the world and have become quite popular. Siemens will help install these turbines in the North Dutch Sea, where the Gemini project is taking form.

Gemini is expected to produce enough electricity to supply 1.5 million people with power 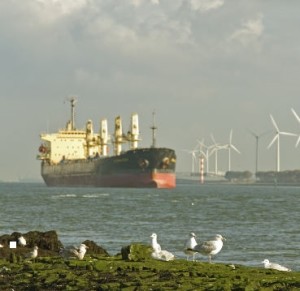 The Gemini project is expected to be completed in 2023, at which point it will begin generating electrical power. The energy generated by the project is enough to provide power to an estimated 1.5 million people in the Netherlands. This electricity could be supplied to neighboring countries as well, depending on whether the Netherlands has a surplus or not. The Gemini project is not the only offshore wind project taking form in the world, but the project has attracted a great deal of attention because of its potential.

Siemens will service and maintain its wind turbines for the next 15 years, ensuring that these turbines are operating as intended and producing electricity for the Gemini project. Siemens will also collect data concerning the performance of these turbines in an offshore environment. This data could be very useful in future offshore wind energy projects that the company becomes involved in.