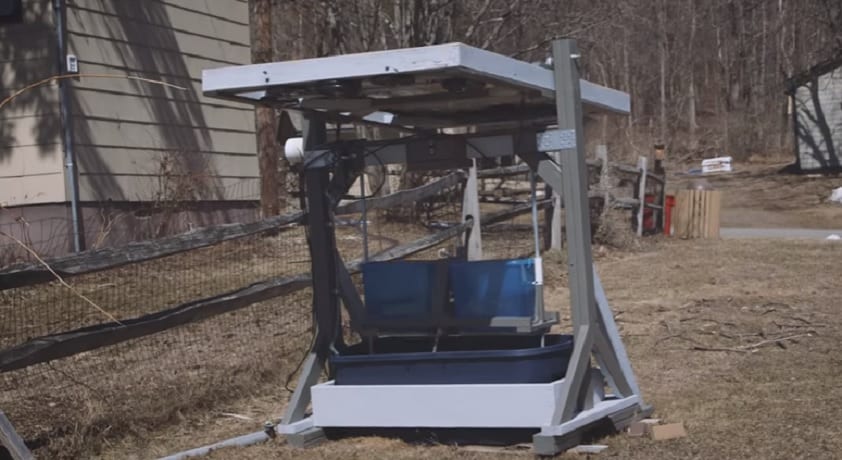 The solar energy technology behind the simple solar panel efficiency device known as the SunSaluter has been made open source so that anyone can build it. Now that it is no longer patented, the device can bring renewable energy to those who need it the most.

Developed by Chinese-Canadian software/mechanical engineer Eden Full Goh, the SunSaluter rotates and follows the sun throughout the day and boosts efficiency by 30%. Additionally, it produces four liters of clean drinking water daily.

The solar energy technology uses only the power of gravity and water to follow the sun throughout the day. The device was developed using inexpensive and recycled materials found across the world and is easy to put together. It is 30 times less expensive than traditional motorized solar panel rotators, is more reliable and the device itself consumes zero electricity.

Part of Full Goh’s original idea for the initial SunSaluter device was to design a solar panel that points directly at the sun at all times. This is known as solar tracking.

By reducing the cost of solar energy, the SunSaluter helps impoverished families living in rural areas to work and study for longer hours, charge cell phones and eliminate the use of kerosene gas as well as the need for batteries to store energy that is usually generated mostly around high noon.

said when she spoke at Inspirefest 2018, as reported by Silicon Rebpublic.

So far, the simple solar energy technology of the SunSaluter device is used in 19 countries, provides over 17,000 people with electricity and has avoided over 3600 tons of CO2 emissions.