Solar energy capacity exploding in the US

Solar capacity is growing quickly throughout the country

Solar energy is finding success in the United States. A new report from the Energy Industries Association shows that solar capacity throughout the country grew by 30% in 2014. The report predicts that this capacity will more than double by the end of 2016, providing enough electricity to power approximately 7.6 million average homes. Several states that have been investing heavily in solar energy are expected to benefit from this increase in solar capacity.

Several large companies, such as Apple, have begun using solar power as an alternative to conventional forms of energy. In the residential sector, homeowners are making use of rooftop solar panels, which provides them with a way to reduce their energy expenditures. In some states, homeowners are offered rebates for using solar energy systems. This has increased interest in solar power in the residential sector, where many homeowners are looking to save money and become more environmentally friendly. 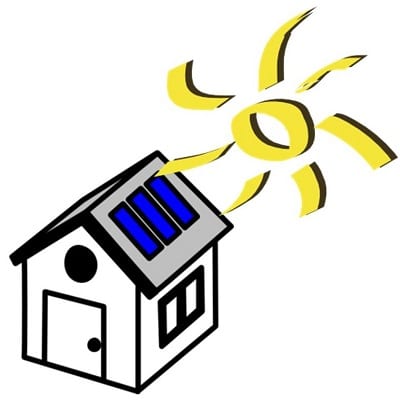 Though solar energy is growing quickly, it accounts for less than 1% of the country’s total energy production, falling well behind coal, natural gas, and nuclear power. One of the major concerns that organizations have concerning solar power is that solar panels generate less electricity during cloudy days. This can have an impact on the overall cost of the energy that these solar panels produce. Better technology may be needed in order to mitigate the issue of cloudy days.

Companies like SolarCity have helped made solar energy much more accessible to homeowners and businesses. Solar capacity has grown most in California, Arizona, Texas, Georgia, New York, and New Jersey. In these states, policies have helped improve the solar sector, establishing an attractive market and encouraging the adoption of solar energy. In the coming years, solar may become one of the more preferred forms of power in the United States.