Solar energy may become a very lucrative business for farmers and land owners in California. For the past several years, those that have bought significant amounts of land in the state have found that their farms have failed for many reasons. Now, however, the land may not be a total loss, as these farmers can tap into the power of the sun and turnover their land to solar energy developers that are operating in the state.

California continues to struggle to overcome the severe drought that has struck the state. The drought has sparked a great deal of controversy concerning water allotments, with farmers bearing a great deal of pressure when it comes to water conservation. An estimated 500,000 acres of farmland is expected to lie fallow in the state this year. This land may not go unused, however, as farmers begin showing strong interest in the potential of solar energy. 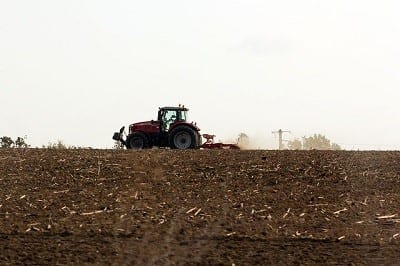 A new study from Stanford University, conducted alongside researchers from several organizations, has found that a third of California’s large-scale solar energy systems are located on croplands and pastures. There have been concerns that these large projects could have a noticeable impact on the state’s ecosystem, but the benefits of these energy systems could calm these concerns, especially as the state has issued a mandate that requires all electricity to be generated through renewable sources by 2030.

Those with land could benefit by embracing solar energy. If California’s drought continues, more farms are expected to fail in the state, which could lead to a significant rise in solar power. These energy systems could become a primary source of power for California in the coming years, adding to the state’s growing solar energy capacity. Such projects are expected to gain support from the state government, which has an interest in using renewable energy to combat climate change.