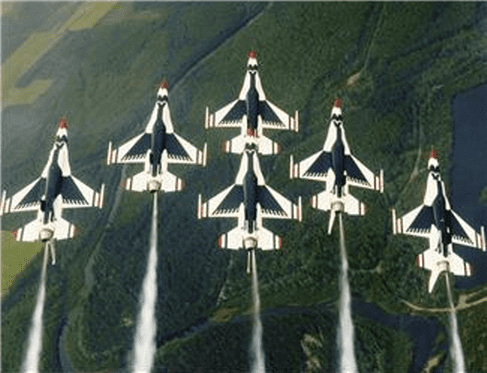 The U.S. Department of Defense has become a strong advocate of alternative energy and sustainability. The agency has identified energy as a matter of national security, citing scarcity and growing political tensions with oil producing countries as a serious concern. In an attempt to better fortify the country against the possibility of energy scarcity, the agency has taksked the country’s armed forces with adopting alternative energy in order to prove its viability. The U.S. Air Force has taken a keen interest in solar energy for this purpose.

In 1990, the Department of Defense privatized military housing. This was an attempt to save money on providing military personnel with homes. Unwittingly, the agency set up a platform for the larges solar energy project in the country’s history to take root. Late last year, solar energy company SolarCity announced that it would be building more than $1 billion worth of solar energy projects for military housing through an initiative called SolarStrong. The company has now embarked on the next leg of its ambitious plan with the help of the Air Force.

This phase of the expansive plan will take place in California. SolarCity will be installing a total of 18,000 solar panels in over 850 military homes at the Los Angeles Air Force Base, as well as others located in Colorado Springs, the Peterson Air Force Base and the Schriever Air Force Base. Together, these solar energy installations will generate 6.4 million kilowatt-hours of electricity, which will be used solely in the communities in which the systems are installed.

The Air Force is not the only branch of the military that has adopted the use of alternative energy. The Army and Marine Corps have been experimenting with hydrogen fuel cells. The Navy has embarked on an ambitious and politically controversial experiment with biofuels.