Middle class homeowners are the primary adopters of solar power

Solar power installations are becoming more common among U.S. homeowners, but it is not the upper class that is investing in these somewhat expensive energy systems. Because of the high cost of solar installations, it had been assumed that only the rich would support the use of residential solar energy. This is not the case, however, according to recent studies from the Center for American Progress. These studies show that it is the middle class that is embracing solar power more than any other demographic.

Solar power is not beyond the reach of the middle class

The middle class in the U.S. typically ranges from just above the verge of poverty to just below the socio-economic threshold of the upper class. This demographic is often considered the best representation of the common lives of U.S. citizens and homeowners in the middle class are often the subject of ambitious incentives that seek to promote the use of renewable energy and other such endeavors. Notably, energy costs are one of the primary concerns that these homeowners have and many have been looking for ways to reduce their energy costs in recent years.

Majority of solar installations occur among households with $90,000 yearly income or less 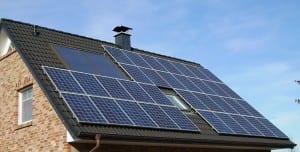 Homeowners are finding ways to break their reliance on utilities

Middle class homeowners appear to have a strong interest in solar energy because of its economic prospects. Rooftop installations help reduce reliance on energy utilities by giving homeowners a way to generate their own electrical power. While this energy is still funneled through utilities, the cost of solar power is becoming less expensive than the cost of traditional energy.