Verizon, one of the largest and most influential telecommunications companies in the U.S., has announced plans to invest $40 million into a new solar energy project. The project will be managed by Verizon itself and the company will use it to produce electrical power for eight of its network facilities. Verizon expects that the new solar power project will lower its production of carbon dioxide and make the company’s operations more environmentally friendly.

Solar energy has become one of the most aggressively supported forms of clean energy in the U.S. New emissions regulations coming from the federal government have forced large companies to make changes to the ways they consume electrical power. Many of these companies have turned to solar energy in their response to the emissions regulations that they must comply with. As such, the demand for photovoltaic products has grown. 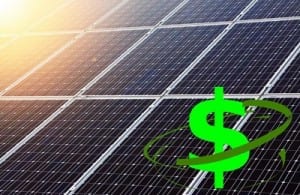 Verizon is currently working with SunPower, a leading solar energy company, to develop all of its solar projects. The latest project will span across eight network facilities that have significant energy demands. Much of this energy demand is likely to be met through the solar installations that take root at these facilities, but Verizon will likely continue receiving electrical power from utilities that use fossil-fuels. It could be several years before large companies like Verizon manage to abandon fossil-fuels completely in favor of renewable energy.