Last year marked the largest growth in global renewable energy capacity. Several countries throughout the world began adopting clean power at an accelerated rate. Some of these countries did so for environmental reasons, while others embraced the economic potential of clean energy. The International Energy Agency recently released a report noting the accelerating adoption of clean energy. The report notes that renewable energy capacity grew faster in 2013 than it has in any previous year.

The report notes that wind, solar, and other renewable energy sources accounted for 22% of the world’s energy mix. Clean energy is playing a larger role in the energy structure of many countries. Some $250 billion has been invested in clean energy throughout the world. Notably, renewable energy, as a whole, saw more growth in 2013 than natural gas. Natural gas is often considered one of the most promising alternative to other fossil-fuels. The report suggests that the growth of natural gas remained “relatively stable” throughout 2013.

US renewable energy capacity is growing at a fast pace 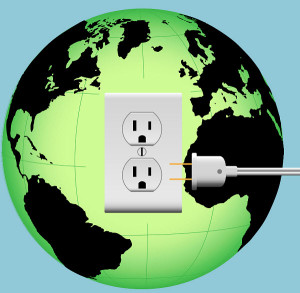 Approximately 14% of the energy in the United States comes from renewable sources, according to a similar report from the Energy Information Administration. Much of this energy is coming from solar power systems that have been built throughout the country. Last year, the country’s solar energy capacity doubled, largely thanks to and “all of the above” energy plan and the falling price of photovoltaic products.

While renewable energy has seen a significant degree of growth over the past year, the International Energy Agency has downgraded its clean energy forecast through 2020. The rate at which clean energy capacity is growing is expected to slow down significantly over the coming years. This is due to governments throughout the world dropping incentives that have supported the growth of clean energy projects. The loss of these incentives may slow the development of several large-scale energy projects throughout the world.