Solar energy is not restricted to the rich

Solar energy is most prevalent among the middle class

Solar energy has been making some strong progress in the U.S., but many people consider this form of power to only be available to the rich. This is partly due to the high costs associated with the installation of solar energy systems and the fact that the majority of these systems are designed for those that have homes rather than apartments, condos, or other domiciles. A new study from the Center for American Progress suggests that solar energy may not actually be restricted to the rich, as it is the middle class that boasts of the highest levels of adoption throughout the country.

According to the study, the majority of those making use of solar energy systems are within the middle class; that is, those making an annual income of between $40,000 and $89,999. The majority of solar installations throughout the country are in middle class neighborhoods. The study suggests that new solar energy systems have a sort of contagious effect on people in certain neighborhoods, meaning that when one person installs a solar system, their neighbors are likely to follow suit. 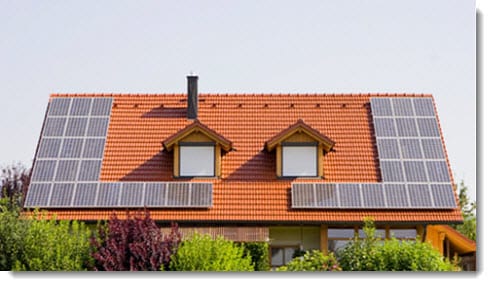 Solar may be a more economic option

Solar installations are not considered inexpensive, but many homeowners benefit from government subsidies that offset the cost of these installations by a significant margin. Others make use of solar leasing programs, which allow them to install solar systems on their property at no initial cost. They must pay a monthly fee for these installations, however, which is typically less expensive than a conventional energy bill.

Many people seem to be showing favor for solar energy because of its economic benefits. A growing number of middle class consumers are looking for alternatives to conventional energy utilities in order to avoid the rising costs of the electricity that they produce. Solar energy has become one of the most favored alternatives for these people.