Solar roof may be the future of residential solar energy

Elon Musk, CEO of Tesla Motors and chairman of SolarCity, has a new plan to bolster solar energy usage among homeowners. The technology icon and pioneer wants to turn rooftops into solar power generators. While this may not seem like a new idea, Musk intends to do away with solar panels installed on actual rooftops and convert these into full-scale energy production systems. Musk believes that homeowners will have to replace their roofs at some point, which creates a promising opportunity to embrace solar energy systems.

Solar energy has been growing in popularity within the residential sector. Many homeowners want to embrace clean energy as a way to save money and become more environmentally friendly. Solar power has, thus far, won the majority of the support being offered by these homeowners. SolarCity has managed to thrive in many states because of this support. Tesla also offers a home battery system, which can store electrical power for consumers that want to have reserve electricity. This battery system could work well alongside Musk’s solar rooftop concept. 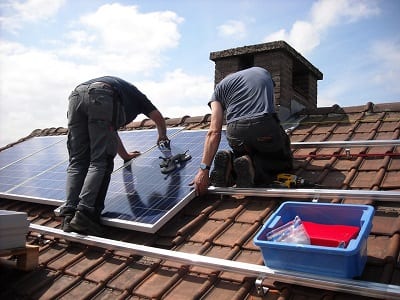 The solar roof would likely be offered through SolarCity. The idea is to replace a homeowner’s existing roof with a built-in solar power system. The capacity of the energy system would be based on how large the roof actually is. Larger homes would be able to generate more electrical power, which makes sense because these homes also consume more electricity on average. Precise details on the solar roof are still scant, but Musk believes this to be the future of residential solar energy.

The solar market is experiencing challenges, but continues to see strong growth

Solar power has been growing quickly throughout the United States, but this sector is not without its challenges. SolarCity recently reported that its net loss grew to $250 million during the second quarter of this year. This is partly due to the fact that the company has had to pull out of the Nevada market due to regulatory changes governing the solar energy market. Similar regulations in other states have had an impact on the solar business as a whole, but the solar market continues to show promising signs of growth.