Hyundai is working to bolster the fuel cell industry 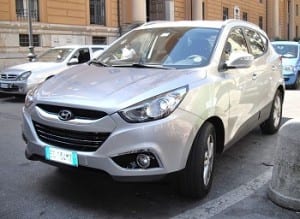 The endeavor could be affected by efforts from Hyundai, one of the country’s leading automakers. The company announced in January that it will be working to transform Gwangju City into a base of operations for the hydrogen fuel cell industry in South Korea. Hyundai has been supporting the development of a working hydrogen fuel infrastructure in the country and has been lowering the price of its own fuel cell vehicle in order to make it more attractive to consumers.

South Korea’s President, Park Geun-hye, believes that fuel cell vehicles are a good example of what transportation can become in the future. She has praised these vehicles as environmentally friendly and future-oriented. South Korea is quickly becoming a prominent market for hydrogen fuel cells, and not just in the transportation sector. Many businesses are beginning to turn to these energy systems to access clean power.