JAXA (Japan Aerospace Exploration Agency) scientists recently announced that they have successfully transmitted wireless energy with a high degree of precision by utilizing microwaves to send 1.8 kilowatts of power (enough energy to power an electric kettle) through the air to a receiver 170 feet (55 meters) away, which is a notable breakthrough because this technology could eventually help humankind use the immense amount of solar energy that is available in space on Earth.

For years, JAXA has been working on developing Space Solar Power Systems.

A spokesperson from Jaxa commented on the scientists’ achievement saying that “This was the first time anyone has managed to send a high output of nearly two kilowatts of electric power via microwaves to a small target, using a delicate directivity control device.” According to the spokesperson, JAXA has been working on developing technology that would enable solar energy generation in space for years, as part of its Space Solar Power Systems (SPPS) efforts. 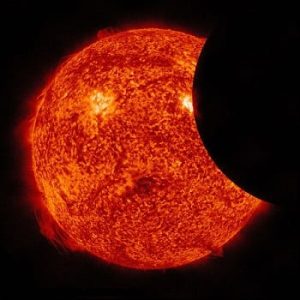 Generating energy from the sun in space has many more advantages over Earth-based systems. The main reason is, in space, the energy from the sun is continuously available, no matter if it is day or night. Thus, the Japanese research is an important step toward the potential of one day equipping humanity with the ability to farm an infinite source of power in space.

It is likely to take decades before space solar energy technology could be practically applied.

On a very basic level, the way the SSPS would work is microwave-transmitting solar satellites would be set up approximately 22,300 miles (36,000 kilometers) away from Earth. These satellites would be equipped with sunlight-collecting panels and antennae.

The JAXA spokesperson said that there are many challenges that need to be overcome before this solar energy technology could be practically applied. Such challenges include “how to send huge structures into space, how to construct them and how to maintain them.” Therefore, it could be many years before the technology could be applied in a way that would be practical for Earth.