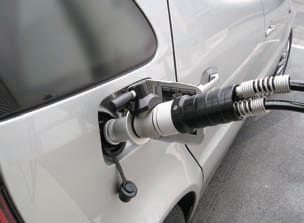 The California State University, Los Angeles, has announced that it is joining the state’s Hydrogen Highway initiative. The university recently unveiled its first hydrogen fuel station, which was built with funding coming primarily from the California Air Resources Board. The new fuel station is part of California’s Hydrogen Highway, which is an expansive fuel infrastructure that is beginning to take form in the state. The initiative was launched under former Governor Arnold Schwarzenegger’s tenure.

The Hydrogen Highway initiative aims to build new fuel stations throughout the state. These fuel stations are meant to be located along popular highways, making it easier for those with hydrogen-powered vehicles to access the fuel they need. The California Air Resources Board has invested some $100 million into the initiative thus far, helping fund the establishment of new fuel stations in many parts of the state.

Currently, access to the university’s fuel station is limited. There are only a handful of fuel cell vehicles currently operating within California and the demand for hydrogen fuel is quite low. Eventually, the station will be open to the public, ready to support the commercial launch of fuel cell vehicles in 2015 and onwards. Most major automakers plan to release hydrogen-powered vehicles beginning in 2015, but some have opted to wait to release these vehicles at a later date in order to take advantage of a more fully developed fuel infrastructure.

Clean transportation continues to gain traction throughout the US

Clean transportation has gained a great deal of momentum in recent years. The U.S. is particularly interested in clean transportation because of what it could mean for emissions reduction. Vehicles that produce no emissions could help the country reach its somewhat lofty environmental goals. In order for these vehicles to be successful, however, they must be supported by a comprehensive fuel infrastructure that makes them less of a burden on consumers.