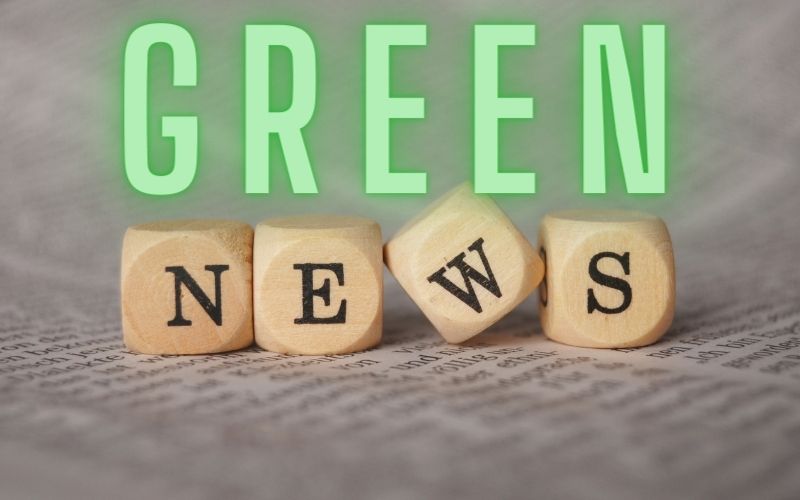 As the global steel industry eyes switching to direct reduced iron (DRI) production and using green hydrogen to reduce emissions, the Middle East and North Africa (MENA) region is in a prime position to start producing carbon-neutral or green steel, finds a new report from the Institute for Energy Economics and Financial Analysis.

“The MENA region can lead the world if it shifts promptly to renewables and applies green hydrogen in its steel sector,” says author of the report Soroush Basirat.

Basirat says the DRI-EAF process, which uses syngas made from natural gas or gasified coal and also electricity, could be zero emissions if green hydrogen (produced using renewable energy-powered electrolysis) and electric arc furnaces powered by renewable energy were used.

“MENA has an established supply of DR-grade iron ore and its iron ore pelletising plants are among the world’s largest.

“In 2021, MENA produced just 3% of global crude steel but accounted for nearly 46% of the world’s DRI production.

“MENA’s knowledge of this specific steel technology is an invaluable asset. This production knowledge, abetted by further work on iron ore beneficiation, pelletising and DR plants, is among the most important steel decarbonisation pillars, and will greatly assist MENA’s transition.

“Compared to other regions, MENA’s existing DRI-EAF capacity means no extra investment is needed for replacing the base technology. All new investment could be focused on expanding production of green hydrogen among other renewables.

“If it acts fast, MENA has the potential to lead the world in green steel production.”

“A switch from gas-fuelled DRI to green hydrogen could commence ahead of other regions, given MENA’s in situ capacity of DRI-EAF.

“Initially, it would be possible to replace 30% of gas with hydrogen in the incumbent fleet of DR plants without any major equipment modifications.

“The region could then move towards 100% green hydrogen to produce carbon-free steel.” 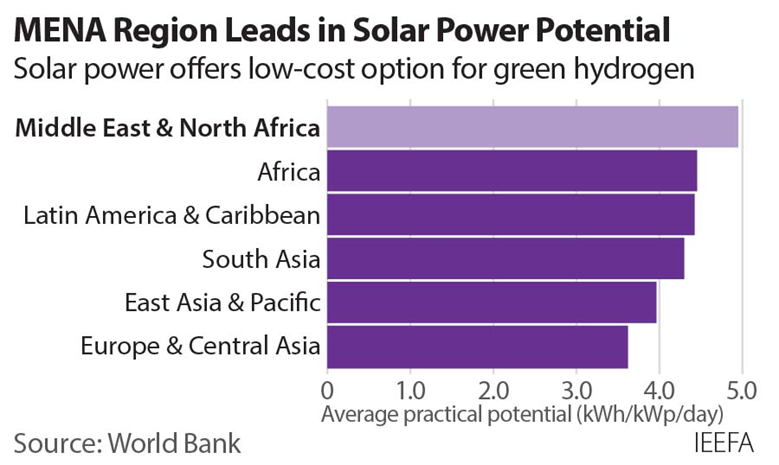 The report notes new renewable capacities will change the power mix in MENA.

The World Bank found MENA has the highest photovoltaic power potential capacity globally and could theoretically produce more than 5.8 kilowatt hours (kWh) per square metre daily. It is predicted that 83 gigawatts (GW) of wind and 334GW of solar power will be added by 2050, increasing the share of wind and solar from 1% and 2% respectively to 9% and 24%.

“Having access to such high solar energy resources allows for production of green hydrogen at a competitive price,” says Basirat. “With MENA’s available capacity, producing green hydrogen below $1/kg is achievable by 2050.”

“With the European Union soon establishing a Carbon Border Adjustment Mechanism, MENA steel exports would have an advantage if they were zero carbon,” says Basirat.

“MENA’s producers are ahead in terms of their market positioning and will remain so if they accelerate the transition to carbon-free steel using the green hydrogen DRI-EAF route.

“Providing green electricity, a big challenge for steel producers in some parts of the world, is not a barrier in MENA.

Egypt, Saudi Arabia and UAE are MENA’s pioneers in shifting towards renewables and green hydrogen. Fortescue’s recently announced green hydrogen facility, with an ambitious capacity of 9.2GW, could be one of the largest plants of its kind. Saudi Arabia’s investment to produce green hydrogen from the Mohammed bin Rashid Al Maktoum Solar Park and the joint investment of Emirates Steel and TAQA are among the tens of green project announcements in the MENA region.

“With ample renewable energy potential, the region could become a leader in hard-to-abate and carbon intensive industries, specifically steel.”

Read the report: Green Steel Opportunity in the Middle East and North Africa

The author is available for background briefing and/or interview.

About IEEFA: The Institute for Energy Economics and Financial Analysis (IEEFA) examines issues related to energy markets, trends, and policies. The Institute’s mission is to accelerate the transition to a diverse, sustainable and profitable energy economy. (ieefa.org